10,000+ Subscribers
Transforming EV Will be What You Need When You Need it 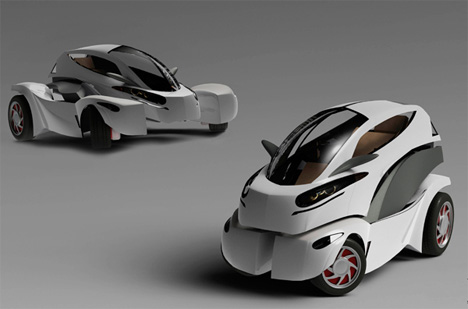 The world is all about the smaller, more efficient, electric vehicle these days. And that’s a great thing, of course, except for the fact that smaller cars are far less stable than their larger-wheel-based counterparts, particularly at high speeds. Designer Heesang Ahn proposes a pretty radical solution that will let people indulge their need for speed when appropriate…but still drive that sensible city car when needed.

The MONO is only a little larger than a motorcycle when in its smaller city car configuration. It’s agile, swift, and able to fit into those tiny downtown parking spots. 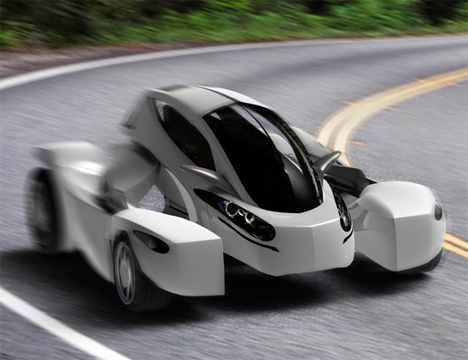 But when what you really want is to drive fast on the open road, the car transforms. The tires, which previously sat directly under the passenger compartment, move out and the body of the car gets lower to the ground. You’ve got a speed machine that is still (mostly) eco-friendly since it runs on electricity. 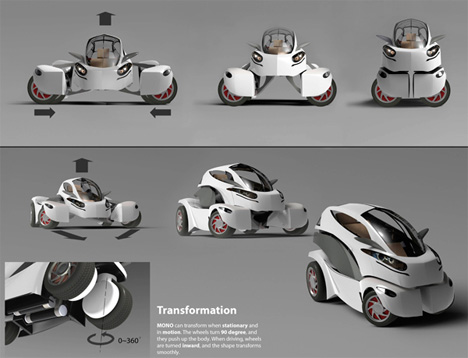 Unfortunately, you’ll have to enjoy all of the MONO’s transforming glory on your own since there’s only room for one person in there. But as a concept this car makes us think that there is hope for the future of non-boring electric vehicle design.

See more in Concept Vehicles or under Transportation. May, 2013.