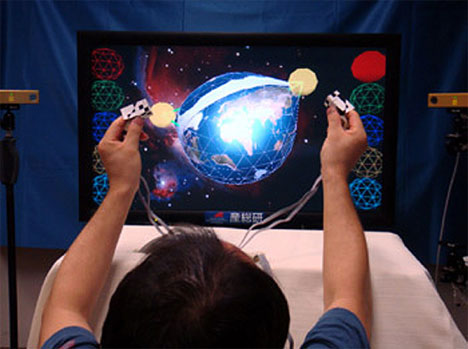 For some reason, movie studios and TV manufacturers seems to have decided that 3D is the next big thing. We can’t say for sure whether we’ll all be watching the nightly news with those nerdy glasses on anytime soon, but we do know that like everything else, the novelty will wear off of 3D sooner or later. So it’s a good thing that Japan’s National Institute of Advanced Industrial Science and Technology came up with the next big thing in 3D TV: a display that lets you touch and manipulate the 3D images on the screen. The system is called i3Space, and it’s the world’s first 3D display that allows users to actually touch the items they see in the air. 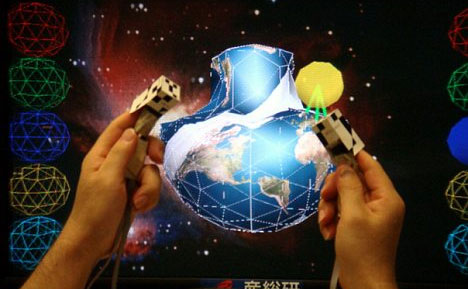 It works with the cooperation of six motion detector cameras and small clips attached to the user’s index fingers. The clips help the cameras track the user’s hand movements while also making little tactile sensations against the fingertips. Overall, the system knows where you’re touching and what type of movement you’re making, and it provides physical feedback so that it feels like there is an actual physical object in your hands. While we’d like to think that there’s some noble philanthropic use for this technology, we can imagine exactly what it’ll be used for eventually…and there’s nothing noble about it.

See more in Futuristic or under Technology. September, 2010.