10,000+ Subscribers
Touchscreen Protector Uses Your Finger as a Phone Charger 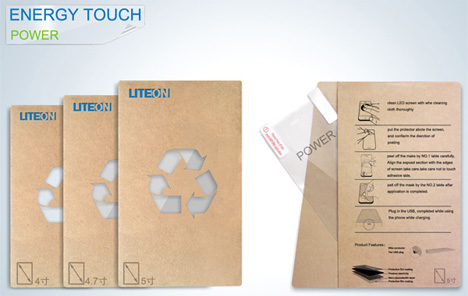 This conceptual design would reward you with a charged-up phone battery for doing something you’re doing already anyway: using the touchscreen. Designer Chin-Po Tsai came up with a thin film that goes over a touchscreen to generate energy for the device. 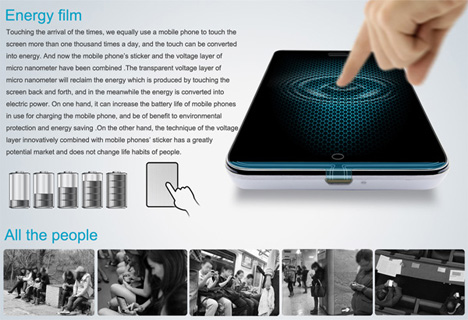 Simply by moving your finger around after installing the Energy Touch you are charging your cell phone. The film has a wire conductor that connects to your phone’s USB port, using a micro nanometer layer to generate power. If it’s ever produced, it would come in a variety of sizes to fit most of your touchscreen devices. 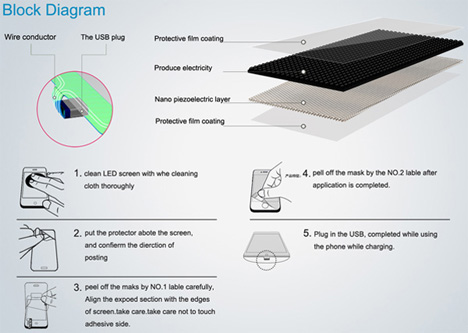 The designer doesn’t share many details about exactly how the technology would work, but his idea is an exciting one. If it isn’t possible with today’s technology, we could definitely see it becoming a reality in the near future. How cool would it be to notice that after playing your favorite game, you’ve managed to charge your phone rather than kill the battery?

See more in Phones & Mobile or under Gadgets. October, 2013.