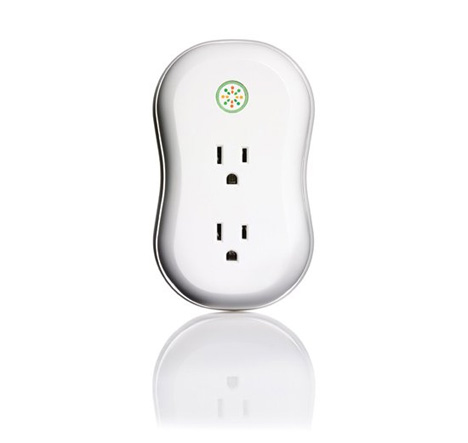 “Vampire power” has become a buzzed-about issue in the last few years…but that’s not to say that all of us are up to doing anything about it. Unplugging appliances and electronics when we aren’t using them? Keeping track of how much power is wasted by leaving the DVD player plugged in constantly? This seems a little labor-intensive. 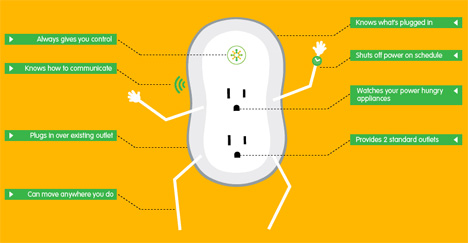 The ThinkEco Modlet is a user-friendly little gadget that wants to fight the evil vampires (vampire energy-consuming gadgets, anyway) all over your house. The best part is that it requires minimal effort from you. You plug the cute little thing into a standard outlet and plug your gadgets in as you normally would. The Modlet goes to work for you, tracking energy usage and communicating with your PC via a USB receiver.

The special software included with the Modlet lets you see exactly how much energy each device is using in real time. Once you identify which gadgets deserve to be powered down when they aren’t being used, you can use the software to set schedules for those devices. The Modlet will cut power and turn the power back on based on your schedule (but it’s smart enough to suggest schedules for you, just in case you’re not the decision-making type).

Cooler still, the Modlet can be controlled via the internet or iPhone/Android apps. If you leave on vacation and can’t remember whether you turned off the TV or unplugged the printer, all you have to do is pick up your phone or find a computer and you can manually shut off the devices plugged into the Modlet. Overall, the device itself only uses a few cents’ worth of electricity per month but could easily save you many times that just by turning off, say, your sound system and cable box when you aren’t home. For $50, the starter kit of one Modlet and a USB receiver might sound pricey, but the manufacturers say it pays for itself in 6-12 months by shaving around 10% off of your monthly energy bill.