10,000+ Subscribers
To the Point: Gesture Controls Make Your Hand the Remote 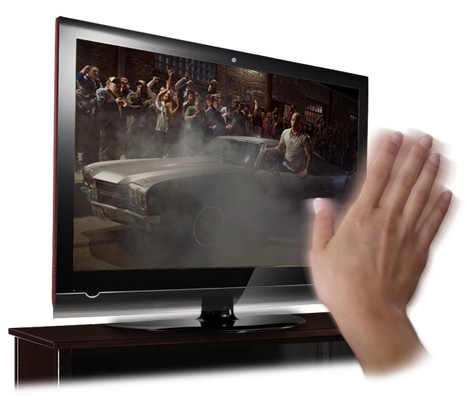 Fights over who gets to wield the remote control can get pretty heated, but figuring out whose turn it is to pick a channel is about to get a whole lot more complicated. EyeSight Technologies has introduced a new fingertip gesture-based technology that allows you to control your TV without the need for a remote – you just use your own hands.

EyeSight’s technology is kind of like a touch screen but without the screen. They say it is the world’s first gesture- recognition software. It works not only with televisions, but also with laptops, tablets, phones, and in-car systems. The company wants to make gesture-based controls as simple and intuitive to the entire developed world as Apple made touch screen controls.

Unfortunately for everyone hoping to install a simple piece of software and start conducting the channels with their outstretched fingers, this isn’t exactly add-on technology. The software would have to be built into the device along with a 2D webcam. Still, it would give both short-range and long-range control that would recognize not only hand movements but gestures as well.

See more in Futuristic or under Technology. April, 2013.