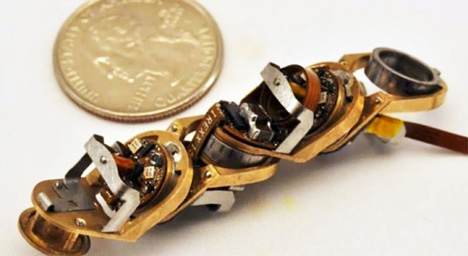 Transforming robots might feature heavily in fantasy movies and sci-fi daydreams, but a team of engineers at MIT has created a real-life version. The little metal device looks kind of like a mechanical worm, and when it’s in motion it moves a bit like one, too. But it is actually an important step on the path toward the invention of programmable matter. 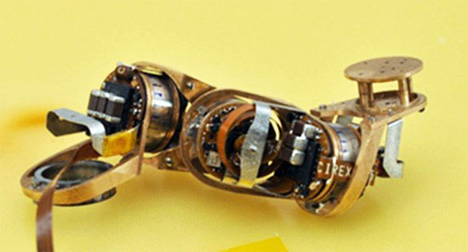 The device is called a milli-motein, a name derived from its tiny size (millimeters) and the inspiration for the project: proteins. Protein chains bend and contort themselves into complex shapes, which is just what the MIT team envisioned their little transforming robots doing. The device they created is the world’s smallest chain robot, and it can move into nearly any 3D shape thanks to a new type of motor created just for this project.

Engineers at MIT built the milli-moteins as a follow-up to a recent paper which asserted that any 3D shape can be created by folding a string of identical sub-units – provided the string is sufficiently long. In theory, the milli-moteins are paving the way for future robotic systems that can be configured and reconfigured at will, depending on the job they are needed for.

See more in Robotics or under Technology. January, 2013.