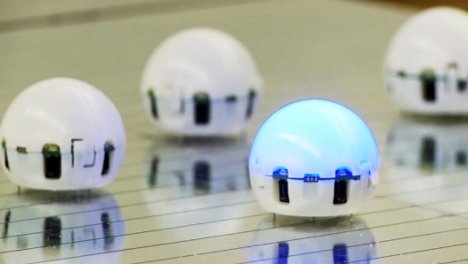 In general, swarms of things tend to freak us humans out – but swarming robots are another story. Working together and harnessing the power of plenty, swarming bots can complete big jobs that would be impractical for a single robot to do on its own. Researchers at the University of Colorado – Boulder have developed these adorable-looking swarming bots that they call Droplets.

Each Droplet is the size of a ping pong ball and equipped with a vibrating motor that allows it to bumble around. The bots communicate with one another using analog/digital infrared sensors, and each contains a microprocessor that can execute code. 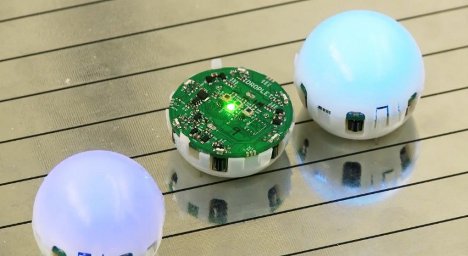 As for the applications for these tiny swarming robots, the research team envisions them setting up space colonies in the future. The bots could assemble living quarters and gardens for space colonists, allowing a habitable colony to be ready and waiting for crews when they arrive. They may even be helpful in cleaning up future oil spills or performing all types of tasks in space where it’s too dangerous for humans and single bots would be too expensive to launch.

See more in Robotics or under Technology. December, 2012.