Invisibly linked to your handheld mobile device, this ultra-portable drone (with a built-in HD video camera) can fly itself or, if you choose, can be easily piloted from your palm via iOS or Android using intuitive tilts of the device in your hand. 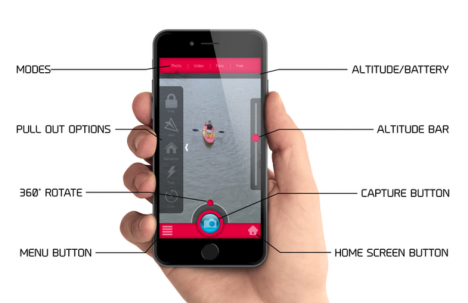 Just 2.5 inches on a side (and weighing under 2 ounces) but smart enough to avoid collisions on autopilot (while also checking its position against your smartphone), Zano one of the smallest yet most versatile drones on the market. It can be set to follow you wherever you go while using infrared sensors to stay clear of trees, animals or other objects that might come up in its path. 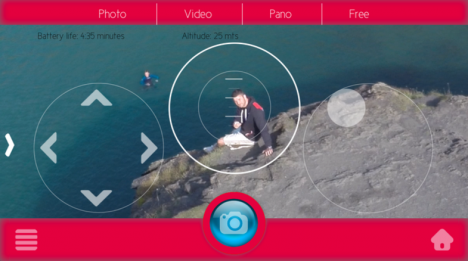 The drone can be driven manually in a variety of ways if you want to control what it is shooting or where it is capturing videos or images from, but can also be left to its own devices, so to speak, leaving you free to move below it. If it runs low on energy or straying too far afield, the tiny flyer hones in on and returns to the location of your mobile device. Meanwhile, you can also check its status manually at any time via a simple user-friendly interface.

Zano can be recharged via microUSB and take pictures at up to 5 megapixels – bandwidth remains the biggest limiting factor in current models but can be addressed down the line with software upgrades (no hardware limitation prohibiting improvements on that front). For around $200, the price point makes it an appealing alternative to other drones and cameras on the market as well.