Now that text messaging has become an everyday form of communication, there are some of us who don’t even use our phones for talking at all anymore. For those people, the Traccia concept phone by Andrea Ponti could give your thumbs a much-needed rest.

The phone concept is unlike anything else out there: it looks like a pen with a piece of plastic sort of bent around the central grip. The bent piece is the display, while the “pen” is the input device. To use the phone, the user simply has to draw or write on any surface. 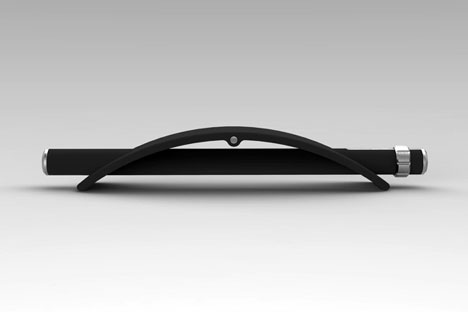 The phone doesn’t leave a mark, but it does read the movements made by the user. The words you write are translated by the phone into commands, text messages or emails almost like magic. 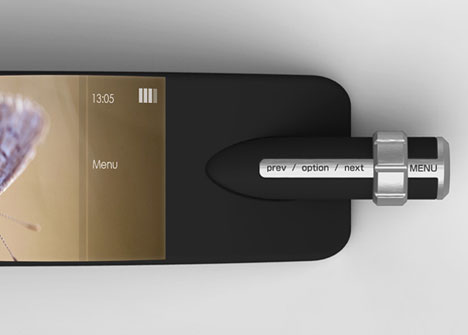 There are only four simple keys on the phone: Previous, Option, Next and Menu. There is a camera in the body of the phone’s design, making it just as functional as any phone out there on the market (it presumably makes and receives calls as well). 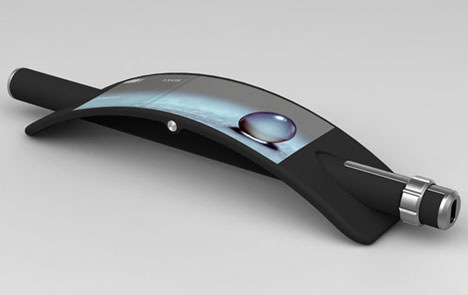 The Traccia works with an optical sensor (like the kind an optical mouse uses) to track your hand movements and read them as input. There’s nothing in this concept that couldn’t be made into reality with already-existing technology, so it’s possible that we’ll see phone technology move in this direction in coming years.

See more in Phones & Mobile or under Gadgets. February, 2011.