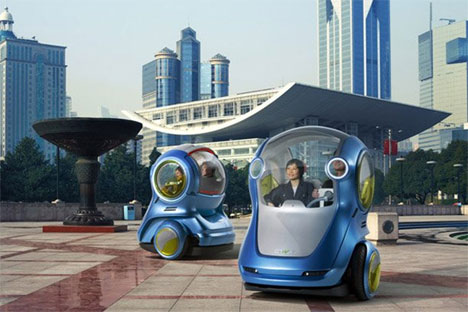 Where just a few years ago many electric car concepts seemed unusual and futuristic, today it seems like they’re all starting to look the same. This is GM’s EN-V concept car, a two-seater urban car that would have a top speed of 25 MPH and a maximum range of 25 miles. Each of the two wheels is powered by a 3kW electric motor and lithium ion batteries. On the surface, there’s not much to differentiate the EN-V from other urban car concepts we’ve seen in the past. 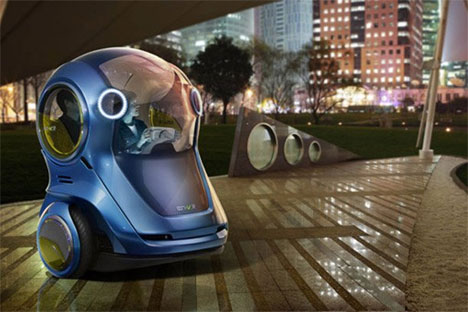 But there are some subtle differences that could set the EN-V apart. Its sophisticated communication system includes GPS as well as sensors and cameras that let the car communicate with other cars and with a network, meaning that convoys of EN-Vs could form as a new sort of carpooling. 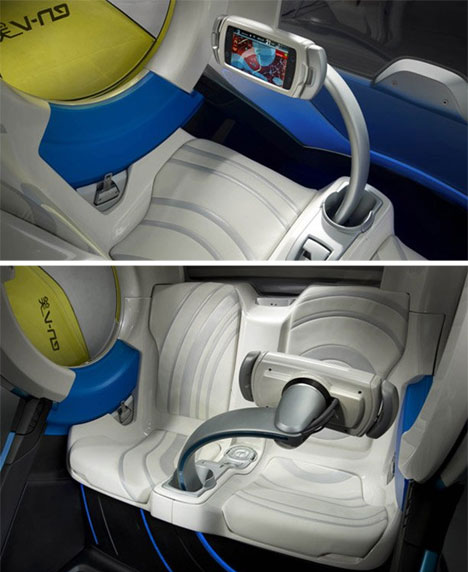 The concept car uses some of the same principles as the Segway to attain unprecedented stability and agility. It’s able to shift its weight around automatically to turn on a dime, which is made even easier by its tiny size: four EN-Vs can fit in the same amount of space as one family car. 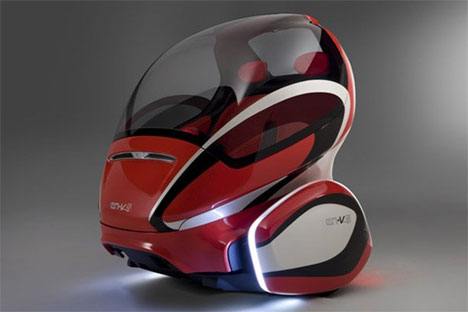 Three versions of the itty-bitty urban car were designed: the Jiao, the Miao and the Xiao. All are the same six feet tall by four feet wide and four feet long. The steering system looks a little like a handheld video game, making the car look like a fun driving experience. GM higher-ups admit that there is a lot of work that will need to go into the concept’s development before it can actually be produced, but so far it’s starting to look like little commuter cars like the EN-V will be the future of commuting.

See more in Concept Vehicles or under Transportation. April, 2010.