10,000+ Subscribers
The Hills Have Ears: Using Trees as Antennae and Receivers 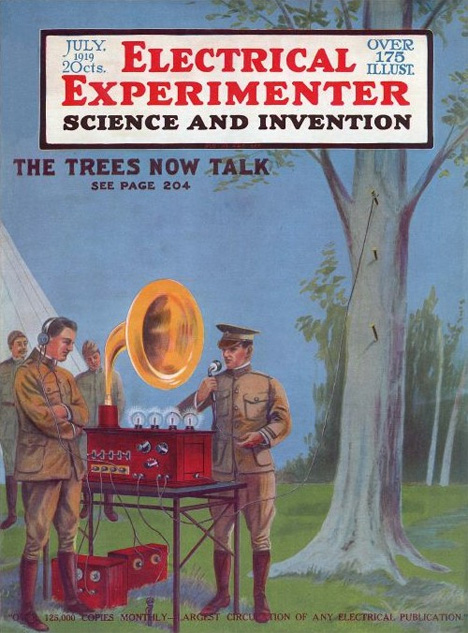 With our cities and towns dotted with cell phone towers and antennae, it is hard to imagine what a world without these ubiquitous sights would be like. But in the early 20th century, communications professionals were exploring the possibility of using trees as natural combination wireless towers and antennae. 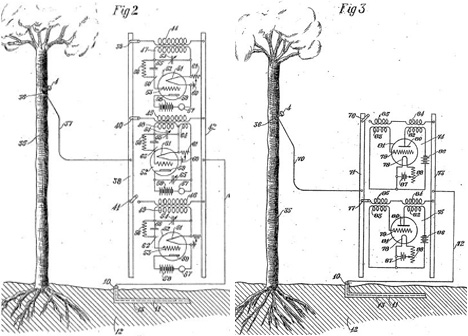 The discovery that trees conduct radio signals just like man-made antennae was made by General George Owen Squier, then the U.S. Army’s Chief Signal Officer. He called his discovery “talking through the trees,” and he used powerful amplifiers to receive European radio signals through an oak tree. He realized that any tall, growing tree could function as a wireless tower/antenna, and that trees cause much less static interference than man-made antennae. 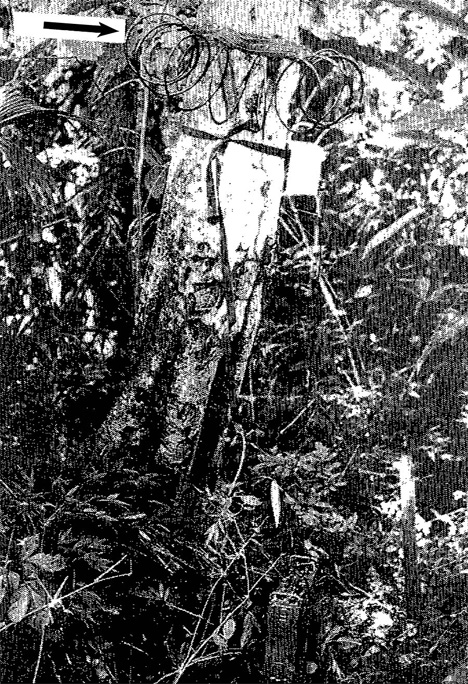 The method used by Squier and others to create these living radio stations was quite simple. An article in Scientific American reported that one had only to climb 2/3 of the way up a tree and drive a nail into the trunk. Then a wire can be attached to the nail and run down to the receiving apparatus. The radio waves which are in the air all around us at all times and passing through trees are diverted by the metal and made audible by this rather primitive setup. 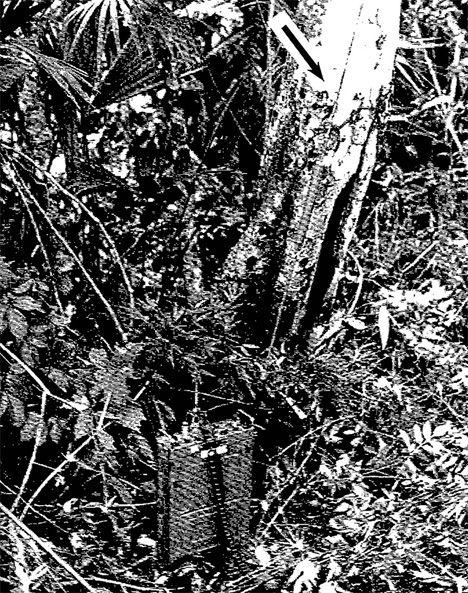 The trees-as-antennae experiments did not end with George O. Squier. Folks continued to experiment with natural antennae, hypothesizing that entire jungles could be turned into giant dual senders/receivers. Certain forms of the biological radio stations even allow for selective directional reception with the use of a rotating coil. Perhaps this method could be used to make entire living symphony halls, with forests and jungles conducting ethereal music for wildlife and humans alike.

See more in History of Tech or under Vintage & Retro. February, 2013.