10,000+ Subscribers
The Future Was All Balls: 2 Crazy Retrofuturistic Spheres 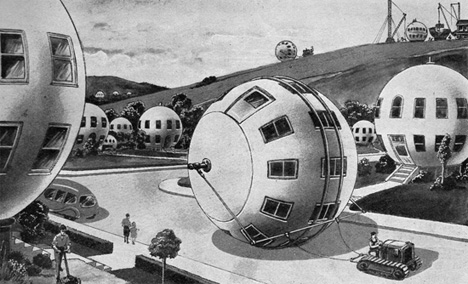 In the first half of the 20th century, almost anything seemed possible. The design and architecture of the time suggested that objects would grow more and more rounded, so obviously it made sense to assume that our homes and vehicles would eventually take on the shape of spheres. In the above illustration from a 1934 issue of Everyday Science and Mechanics, one of those futuristic spherical homes is being transported to its new lot. According to the illustration and the accompanying article, homeowners would just need to attach special protective tires and hitch their homes up to tractors to move to a new location. 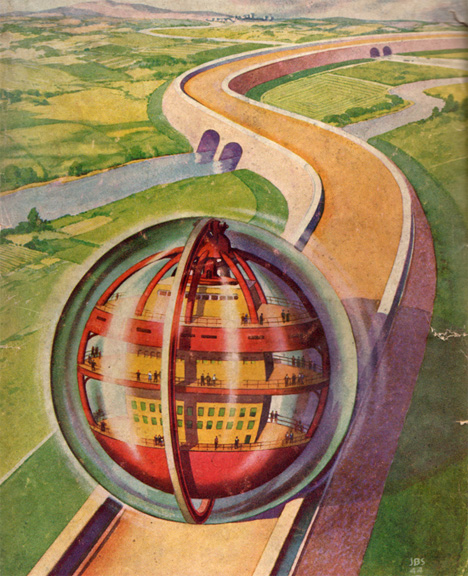 The sphere trend was still going strong a decade later when this 1946 illustration from Amazing Stories magazine imagined a giant gyroscopic leisure ball. The ball was envisioned as a kind of next-generation vacation vehicle, taking travelers wherever they wanted to go and making them feel like super-sized hamsters at the same time. It looks a lot like a land-locked version of a cruise ship, and the transparent plastic bubble that surrounds the interior core would let travelers enjoy the passing scenery from the deck without worrying about silly things like weather.

See more in Retrofuturistic or under Vintage & Retro. March, 2012.