The most ambitious dreams of car makers are often dashed by tragedy, unexpected events or a lower-than-expected level of consumer interest. Tragedy put an end to the Dymaxion car, but it was the unexpected (mixed with a helping of tragedy) that made sure the Phantom Corsair never made it into production.

Designed by Heinz Ketchup heir Rust Heinz, the single Phantom Corsair prototype was produced in 1938. It was a revolutionary car for its time, featuring a futuristic body and doing away with some of the sillier features that were standard at that time (but which were later dropped by the mainstream manufacturers). 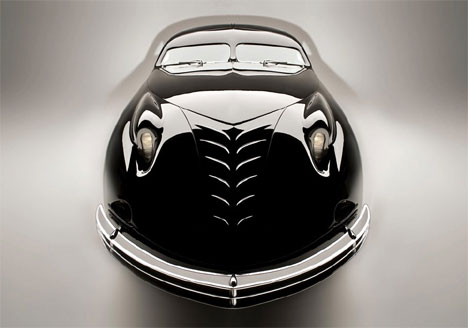 The Corsair’s body was larger than most cars of its time, and its chassis was incredibly advanced for 1938. There were no door handles, running boards or fenders; the doors opened with buttons on the outside and on the instrument panel. The body was slick, smooth and unbelievably modern. 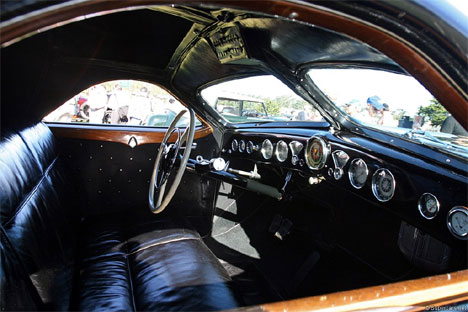 The prototype cost a whopping $24,000 to build – in today’s dollars, that would be over $300,000. His wealthy parents refused to pony up the capital for this endeavor, so Rust asked an aunt to provide the start-up funds instead. Heinz hoped to sell the cars for half of what the original prototype cost him, but his untimely death at the age of 25 (ironically, in a car crash) halted all plans for production of the vehicles. 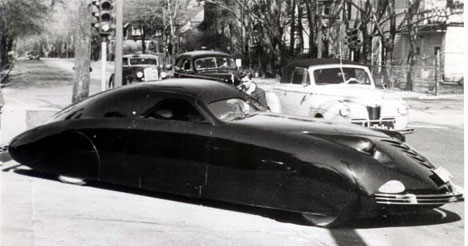 The Phantom Corsair design remained an inspiration to car designers for generations. Many of the radical and futuristic features of Heinz’ design found their way into later car designs. As for the original prototype, this incredible piece of automotive history is now on display in the National Automobile Museum in Reno, Nevada.

See more in Retrofuturistic or under Vintage & Retro. December, 2010.