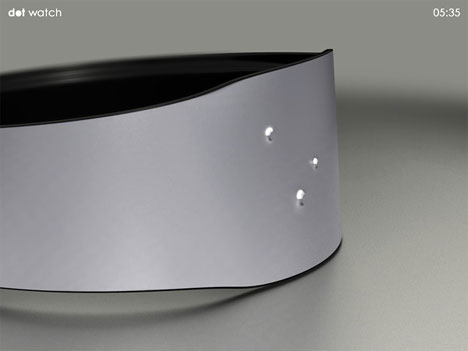 The ultra-minimalist Dot Watch designed by Samuel Jerichow is like a futuristic bracelet hiding a fun little secret. The flexible wrist piece is covered with a PVC-based coating, letting a single dot permanently stick up in the middle of the display area. 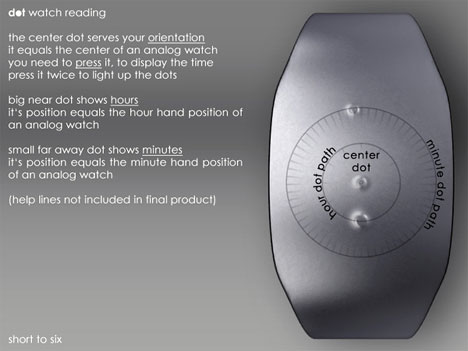 When you press the dot, two other dots appear like magic. Their positions on the wrist band represent the time, just as they would on a watch with a face. Of course, it takes a little imagination to picture the numbers on that blank expanse on plastic. 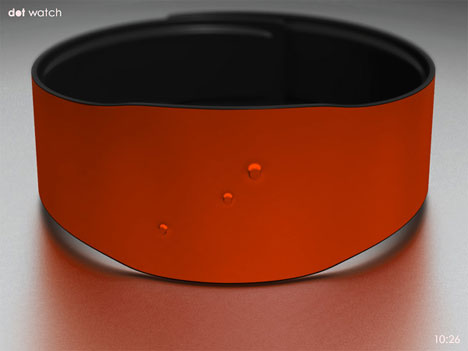 After five seconds, the hour and minute dots disappear again, retreating into their hidden spaces within the machinery of the wristband. The Dot Watch is strictly conceptual at this point, suffering – as many cool-looking concepts do – from a lack of suitable existing technology.

See more in Clocks & Watches or under Gadgets. November, 2011.