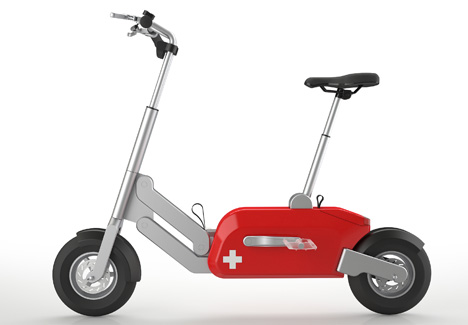 When space is at a premium and moving into a bigger place is not an option, what can you do? Make your stuff take up less space, that’s what. Father-and-son Swiss design team Andre-Marcel and Eric Collombin created this outstanding foldable electric bike which will fold up to a tiny apartment-friendly size and unfold in just one second. 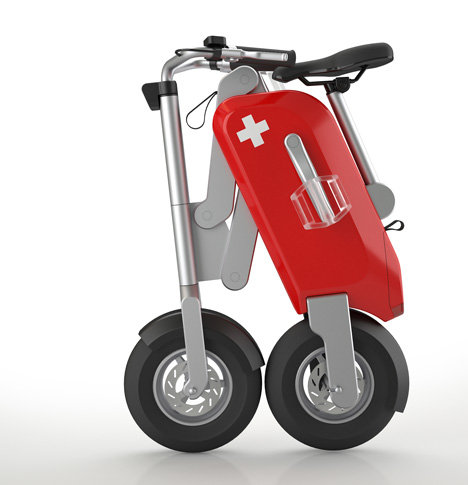 Unlike other foldable electric bikes which are still rather cumbersome even when folded and take forever to unfold, this one is built for ease of use. It weighs just 18.5 kg (a little less than 41 pounds) and when folded takes up only 2 feet of width. It stands 2 feet, 7 inches tall when folded and extends to 3 feet, 6 inches. 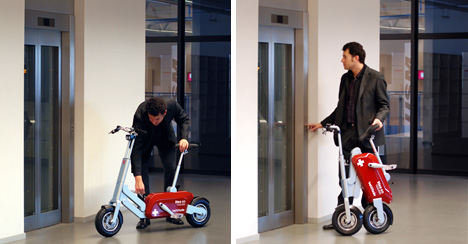 The top speed of this tiny bike is 15 MPH and it can go for around 25 miles before needing a charge. The team took five years to come up with a design that was compact, lightweight, sturdy and – most importantly – could be folded with one fluid motion made with one hand and in one second. 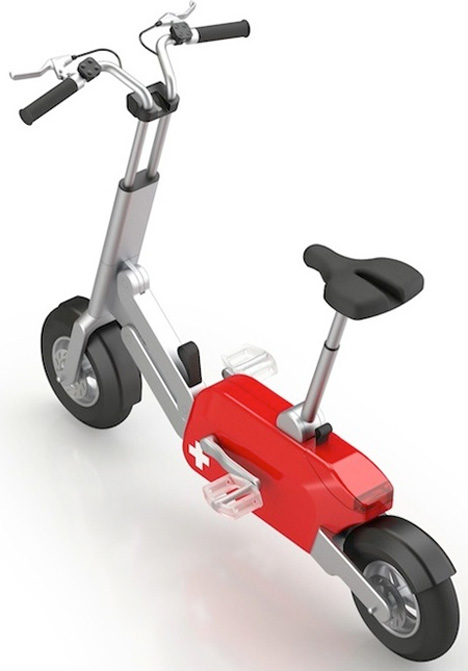 The team didn’t intend the bike to resemble a Swiss army knife at first, but after building a prototype and watching the way it folded up they realized the likeness. They painted some up in the signature red with a white cross, took it to some Swiss army knife manufacturers and have gotten some interest in the design. As of now, their company, Voltitude, is planning to sell the bikes in other colors but not the Swiss army knife theme. They’ll debut in Switzerland in mid-2012 for a price of around $4,300.

See more in Bikes & Cycles or under Transportation. June, 2011.