10,000+ Subscribers
Sweet Ride: A Visual Evolution of the Humble Bicycle 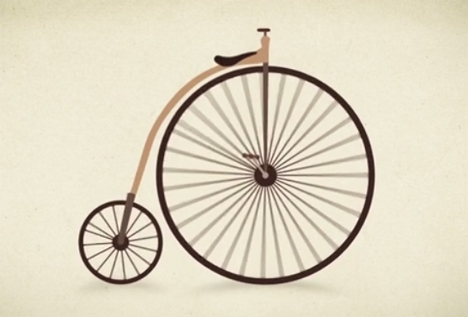 The world has a long-standing love affair with bicycles. Most of us grew up riding them around the neighborhood, and plenty of us still use them today for fun or exercise. But have you ever thought about how that fancy mountain bike you’re riding came by its current shape and function? 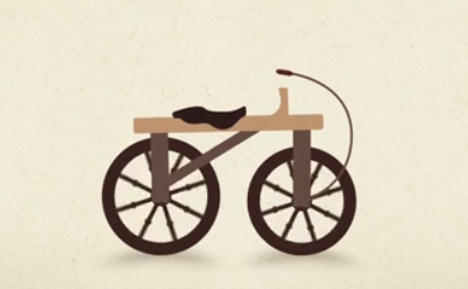 The very first bicycle precursor was the “dandy horse” above, invented in the early 19th century by a German baron. It was the first human-propelled two-wheeled vehicle and faced a number of complications in its short life, not the least of which being that pedestrians really didn’t want to share the streets with it. 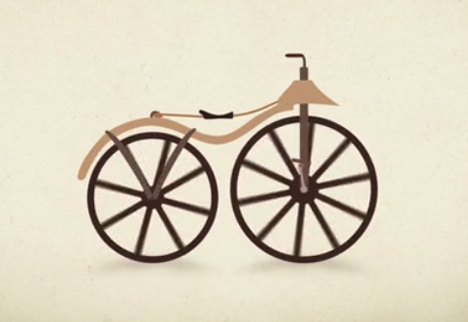 Fast-forward a few years and the velocipede (“fast foot”) became the newest thing on two wheels. It had pedals attached directly to the front wheel and, because its hard metal or wooden wheels made it uncomfortable to ride outdoors, it became an indoor novelty with dedicated riding facilities much like modern skating rinks.

This simple animated history of the bicycle from Danish media firm Visual Artwork shows all of the wonderful (and baffling) iterations of the bicycle from its inception to today. There is, of course, a moment dedicated to the pennyfarthing (pictured at top), arguably the most ridiculous mode of two-wheeled transportation ever conceived.