10,000+ Subscribers
Survive an Apocalyptic Event With This Multi-Tasking Jacket 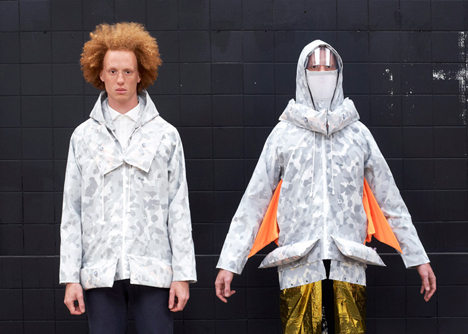 The recent trend of doomsday prepping is a paranoid, and sometimes even laughable, affair. It’s on par with the belief in a zombie apocalypse. It is, however, more practical in that it requires things like food stockpiling and various forms of training. In the chance of an apocalyptic event, this multi-purpose jacket doesn’t just make you look crazy – it keeps you alive. 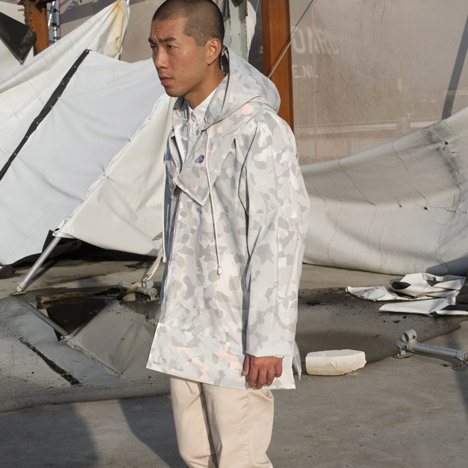 It’s a design by recent Design Academy Eindhoven graduate Marie-Elsa Batteux Flahault. She calls this ensemble the On The Edge jacket; of what, were not sure – the world or your sanity. Besides presumably blocking UFO tractor beams, it carries a multitude of functions. There’s a visor for eye protection. Parts of the collar and surrounding areas inflate for a floatation device. Its fold-out orange flaps alert those around you to the impending (or your own mental) demise. 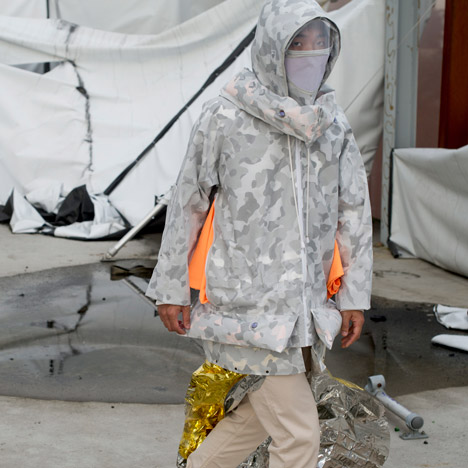 At its most practical, the waistline unfolds and turns into a NASA blanket-style wrap, and the hood contains diagrams on how to use the drawstring as a food trap. At its most crazy, one of the sleeves contains a switch blade, most likely for use with fighting off all the post-apocalyptic rape squads, and the same diagram shows how to use the drawstring for self-defense. 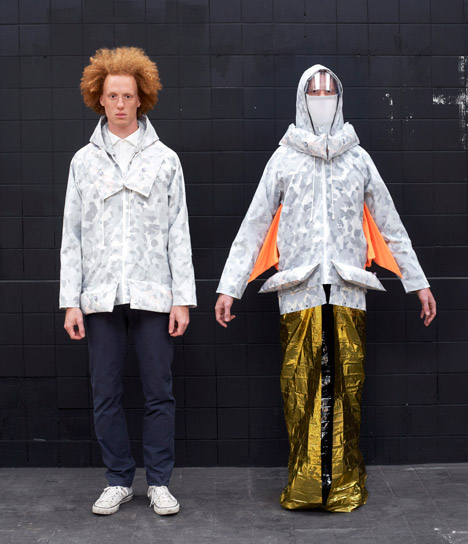 Flahault’s personal philosopy almost perfectly reflects that of the jacket. “For me the jacket is the image of a movement,” she said in a recent Dezeen interview. “All kinds of equipment could be featured in the jacket. I chose the jacket to show this principle but the way I see it, it could be applied to a whole range of objects.”

See more in Home & Personal or under Gadgets. January, 2014.