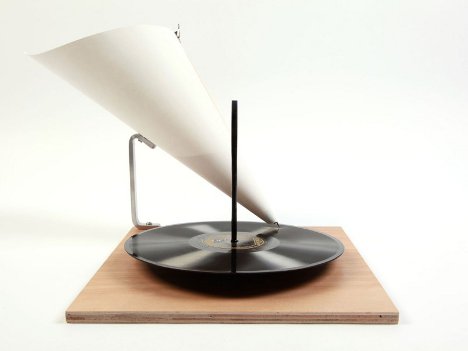 There is a rather unusually dedicated contingent of music lovers who maintain the view that no method of music playback will ever match the rich sound of vinyl. Those people typically own fancy record players and complex speaker systems…but not graphic designer Livia Ritthaler. Having no money or space for a traditional record player, she decided to make her own. 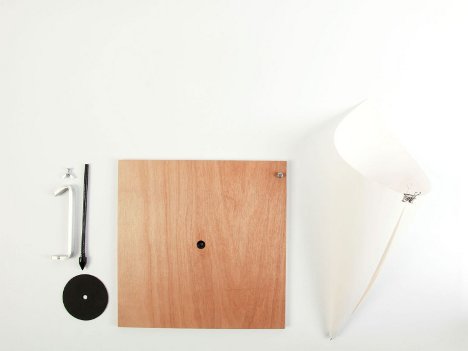 Livia’s record player is easily the most minimalist one in the world. It consists of a piece of rolled paper, a plank of wood and a few bits of metal. It runs without power – other than that provided by the user. To listen to a record, you have to crank it by hand. And surprisingly, it sounds pretty good.

The trick to operating the device is to keep the record spinning at a constant rate. The minimalist gramophone is kind of like a lesson in survival for audiophiles. It proves that true music lovers will find a way to get their fix even when the traditional tools aren’t available.