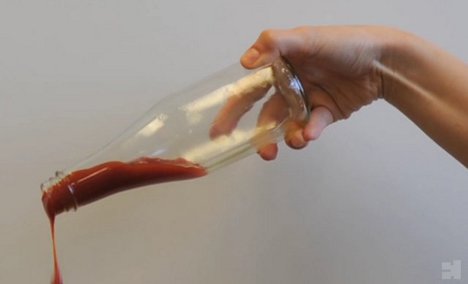 There are so many things that the children of future generations will never get to experience: winding cassette tapes with pencils, listening excitedly to the jangly musical sounds of a dial-up modem, looking for just the right volume of encyclopedia on the shelf. And now, apparently, ketchup that won’t come out of bottles.

A group of researchers at MIT’s Varanasi Research Group developed LiquiGlide, a non-toxic extra-slippery coating that makes even the infamously stubborn ketchup glide off of it just like water. The video above illustrates how hard it is to get ketchup out of plain, non-coated bottles.

This second video demonstrates how easily the ketchup slides out of the bottle when LiquiGlide has been applied. Although this might seem like an odd thing for brilliant MIT researchers to spend their time on, the team points out that condiments like ketchup and mayonnaise represent a $17 billion market. Reducing food waste in that industry could save approximately one million tons of food waste from the landfill every year. 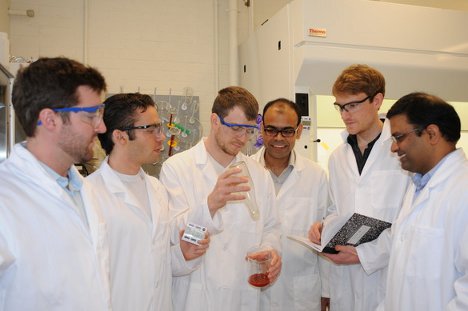 The team was limited in their research to using only materials that have been certified as food-safe by the FDA. They managed to do it, but thanks to the nature of the project they aren’t saying which materials they used – and they have filed multiple patents already. Ultimately, the slippery stuff can also be applied in other scenarios where ultra-lubrication might be helpful: windshields and oil lines, for example.

See more in New Materials or under Science. May, 2012.