10,000+ Subscribers
Suit Up! 6 of the Strangest Vintage Spacesuit Concepts 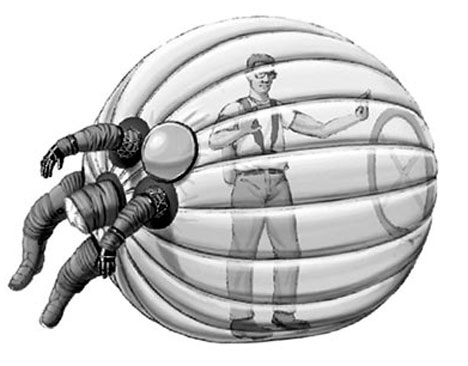 In the relatively short time that humans have been venturing into space, we’ve been trying to perfect the suits worn by astronauts when they leave the comforts of Earth. Not all of them have been winners – the concepts seen here didn’t quite make the outer-space cut. Above, a truly bizarre spherical suit concept from 1964 that would have allowed astronauts to wander around hamster-style on the Moon. When a greater amount of agility was needed, astronauts could simply slip their arms and legs into the appendages, leaving the sphere to sit on moon walker’s back, sort of like a hermit crab’s shell. 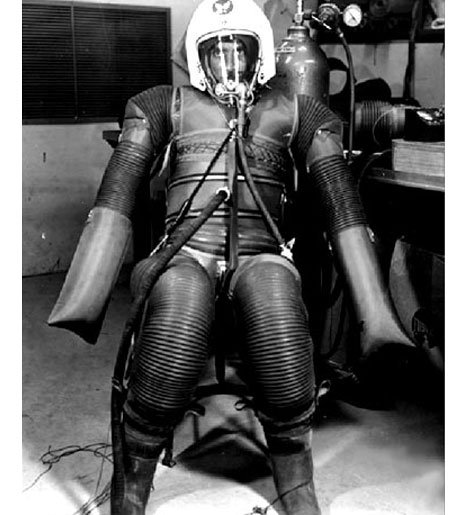 This concept from 1957 was actually used in the Air Force’s X-15 Program, an early rocket-powered spaceplane experiment that took pilots to the very edge of outer space. Unfortunately, since movable fingers are quite difficult to engineer, the pilots wound up wearing ridiculous-looking inflated mittens that look like they were tacked on as an afterthought. Judging by the miserable look on this pilot’s face, the men who got to wear it weren’t too thrilled about this outfit. 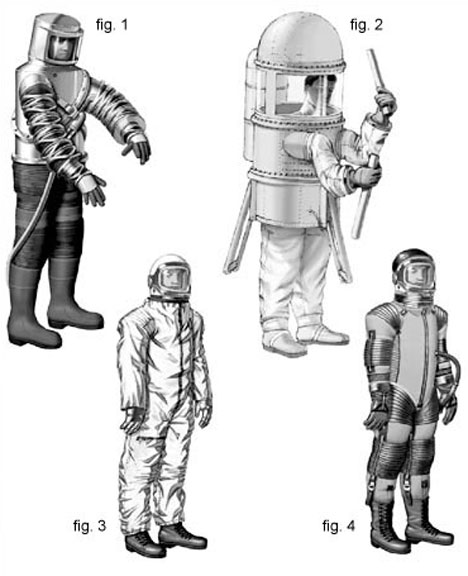 These are some early concepts that were drawn up even before President Kennedy promised America that we would reach the moon by the end of the 1960s. Because we’d never been to space, designers weren’t quite sure what to shoot for in a lunar suit. These designs were based on a variety of ideas, from the suits worn by workers when assembling vacuum tubes in a vacuum chamber to, apparently, a wearable UFO.

See more in Retrofuturistic or under Vintage & Retro. January, 2011.