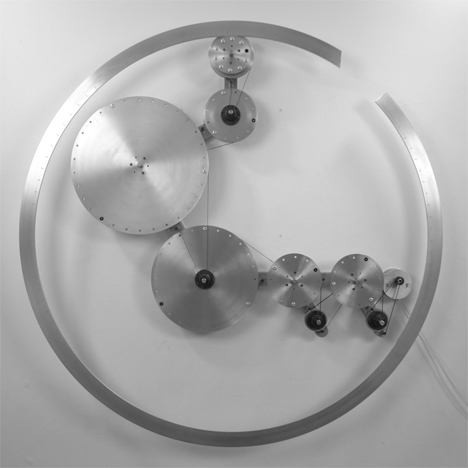 The passage of time is often portrayed in a poetic light. We talk of “spending” time as though it’s currency in our hands. But the reality is that time marches on regardless of how we choose to use it. New York designer Che-Wei Wang has beautifully illustrated the inevitable passage of time with this timepiece which he calls “3.16 Billion Cycles.” 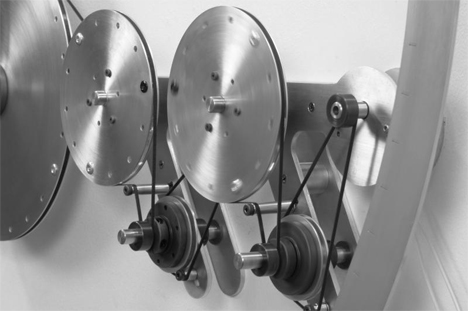 The clock runs on a 60-RPM (rotations per minute) motor, causing the smallest piece to rotate once a second. The next piece rotates every five seconds. Subsequent pieces rotate every minute, five minutes, hour, day, month, year and decade. The large arc around the outside of the piece is controlled by the decade pulley. The arc will rotate once a century. When it does, the arc will fall off of its track, effectively marking the end of the clock’s life. From the first second to the last of the 100 years, the ratio between the 60-RPM motor and the large arc is 1:31.6 billion. 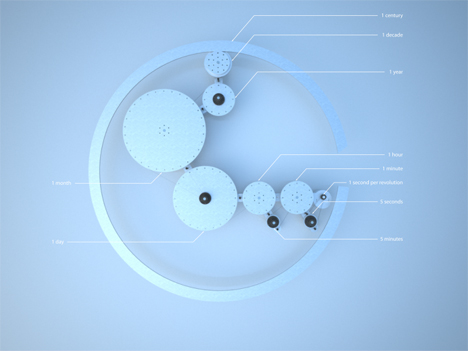 The clock is part of Wang’s “Time in Six Parts” series. His goal is to change people’s perceptions of time, to get spectators to slightly shift their perspective. The clock breaks down a century – a period of time difficult for most people to fathom – into much more easily digestible bits. 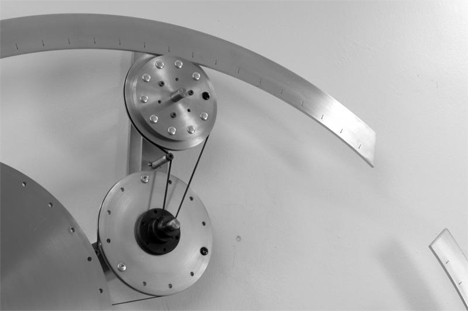 Want to measure out a century in your own living room? Wang’s “3.16 Billion Cycles” is available for sale in a limited series of five pieces.

See more in Clocks & Watches or under Gadgets. September, 2009.