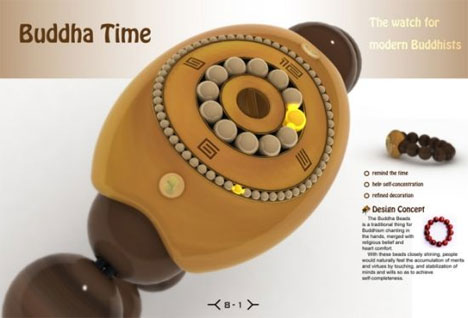 Buddhist prayer beads are traditionally used to keep track of how many times one repeats a mantra during meditation, but designer Chao Lin sees a more modern application for them. Chao has worked them into a wristwatch design that would not only keep track of the time but also help to provide comfort and familiarity to those who wear the watch. 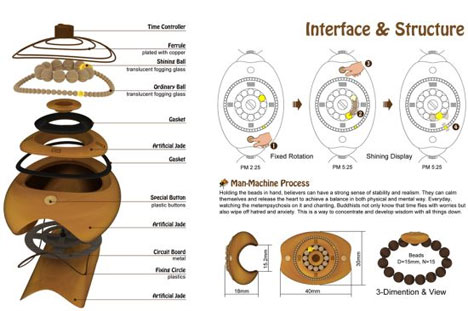 The watch contains two rings of prayer beads which light up according to the time. The face of the watch is simple and uncluttered, leaving the focus on the elegant circles of beads. The band itself looks like another ring of prayer beads, carrying out the design theme and giving the wearer the tactile comfort of being able to touch the familiar shape of the beads.

See more in Clocks & Watches or under Gadgets. December, 2010.