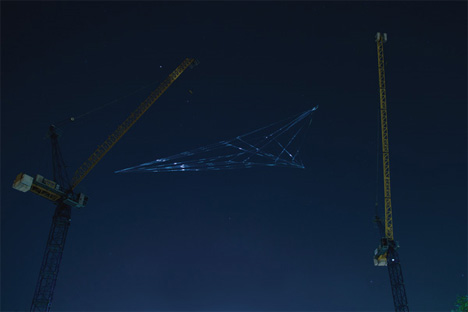 Thanks to decades of light pollution from cities, most of us don’t know what the star-filled night sky really looks like. Oscar Lhermitte and his Urban Stargazing Team are bringing back the simple joy of watching the stars with their delightful Urban Stargazing project. By shooting their own man-made stars into the sky, they’re giving the gift of wishing on a star to a whole new generation of astronomy lovers. 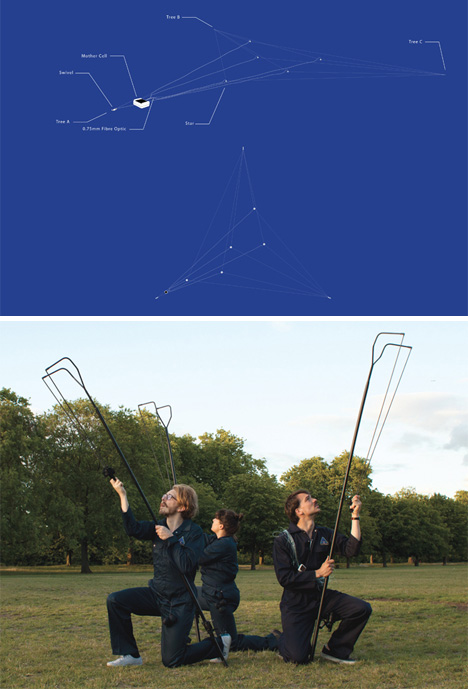 Their plan is simple in concept but seems difficult to actually achieve. The artificial constellations are made from thin nylon line, solar-powered LEDs and a small solar panel. The team uses a telescopic catapult to get the lines into position. In daylight hours the solar panel collects power from the sun, and when the sky gets dark enough the LEDs switch on. In the dark the nylon lines are invisible, resulting in constellations that look just like real stars all over the night sky. 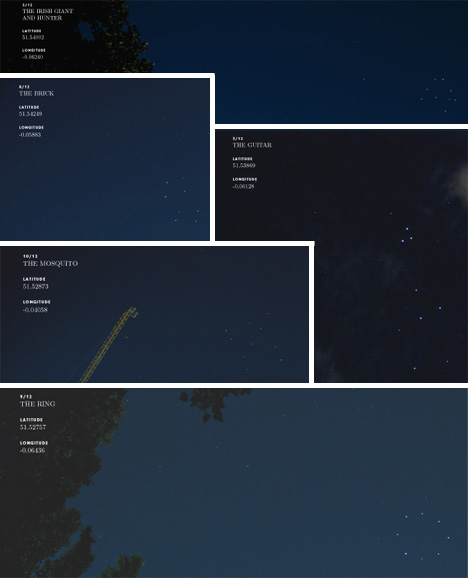 The group has placed both real constellations and made-up ones throughout London, bringing to life both ancient and contemporary myths about the city. Their Urban Stargazing map contains the latitude and longitude from which every constellation can be seen, letting Londoners make their way to the optimal viewing location for each. For younger urban denizens who have never experienced the magic of nighttime stargazing, this project should prove to be pure magic.