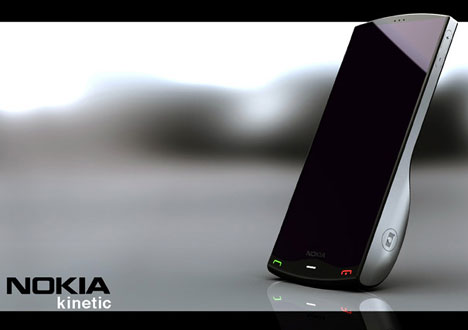 How often do you miss a call because you just don’t notice your phone ringing? How much easier would it be to notice the ringing if your phone could stand up and announce itself? This super-fun concept Nokia phone, called the Nokia Kinetic, from design student Jeremy Innes-Hopkins was meant to be as playful as possible, which it achieves with its unusual talent. 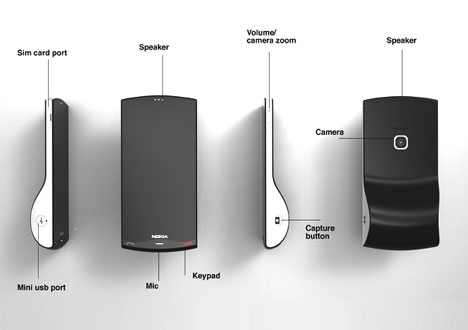 The design innovations don’t end with the stand-out stand-up feature. The phone’s camera shutter button is located at the bottom right of the body, meaning that you hold the device just like a digital camera when taking a picture. The slightly thickened base of the phone makes it easy to grip, though it might be thick enough to discourage some people from wanting to carry it around. 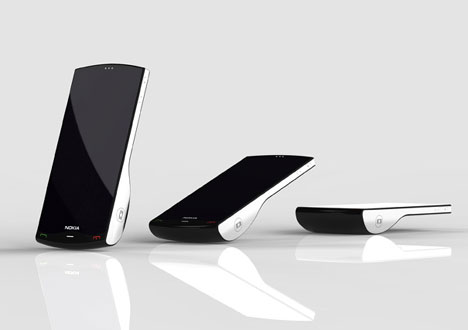 But the stand-out feature of this phone is undoubtedly its ability to stand up on its edge when it receives a phone call. It achieves this surprising feat with the use of an electromagnet in the base that shifts, allowing the whole thing to stand up and let you know when someone wants to get in touch with you. Tapping the phone gets it to lie down again. 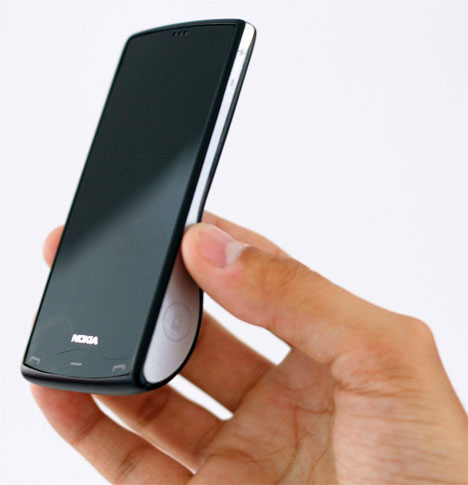 Two taps will set the phone’s manual stand-up mode, making it easier to watch movies, look at pictures or listen to music. A proximity sensor in the phone tells it when it’s in your pocket so it doesn’t stand up at inappropriate times. Of course, the Nokia Kinetic is just a student project and not an actual product, but it’s not hard to imagine it making it to the market one day.