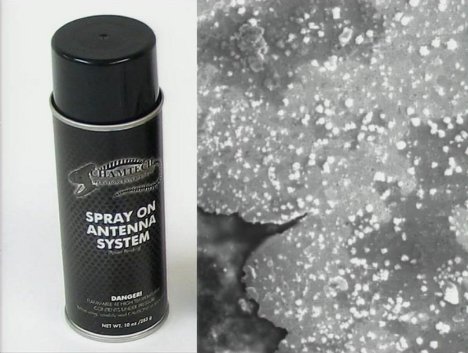 Cell phone design has evolved to the point that we no longer have to pull out an unsightly antenna before making calls, but the infrastructure could still use some work. Most places in the developed world are full of unsightly cell phone towers. While some can be creatively camouflaged, the vast majority of cell towers are blights on the landscape. A company called Chamtech wants to make those ugly towers a thing of the past with an unlikely solution: spray-on antenna. 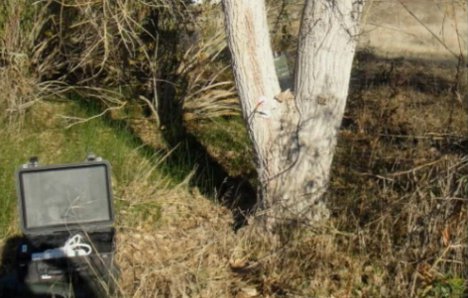 The solution comes in a can and contains mysterious nanomaterials that, according to Chamtech, charge and discharge like tiny capacitors extremely quickly. The material gives off no heat and can be sprayed on virtually any surface. Tests have been incredibly promising so far, in one case increasing the range of an RFID chip from five feet to 700 feet. If the company’s claims prove to be true, cellular service antennas could eventually take the form of painted sides of buildings or painted trees. The U.S. government has an interest in the product, and we would climb over our own grandmothers to get a chance to try this stuff out. The company’s website doesn’t list a price for the antenna kit, and you know what they say: if you have to ask how much it is, you can’t afford it.

See more in New Materials or under Science. February, 2012.