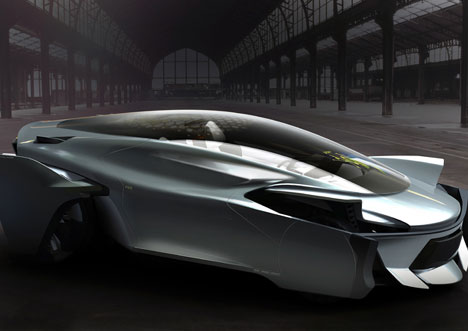 In a futuristic concept that is fit for a blockbuster Hollywood movie, designer Bobin Kil presents this amazing transforming car. It’s a lightweight vehicle with superior fuel economy and beautiful sleek styling, but the way it looks is the least of its awesome features. The real stand-out part of this design is the fact that the rear wheels transform into electric motor-driven unicycles. 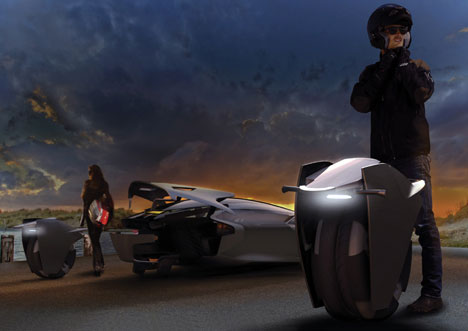 After parking and removing the rear bumper of the car, the driver just has to put down a special stand to keep the car up and detach the twin motorbikes. The bikes are both equipped with Segway-like technology to keep them aloft as riders zip through urban streets. 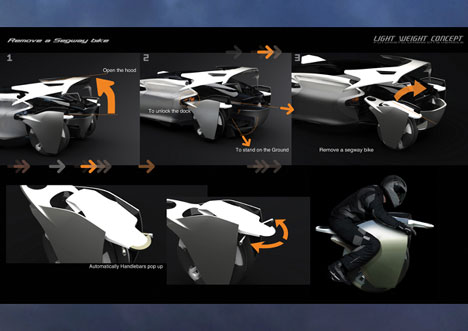 Is it possible? Probably so. But the question is whether it would be feasible for an affordable price. This is the problem with so many revolutionary ideas, particularly those having to do with transportation. Great ideas are often never made into reality because of cost issues. 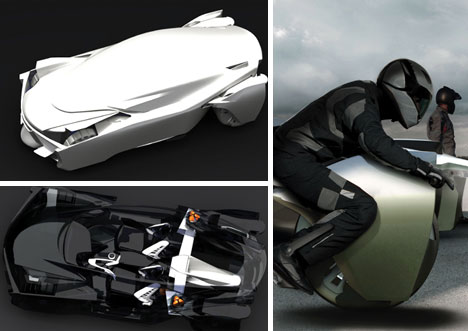 For now, the Light Weight concept remains only a concept. There are plenty of reasons to hope for it to become a reality someday, though. This highly creative car would allow drivers to use a green electric bike for normal commuting and a larger, more traditional car for longer trips or when the weather makes riding a unicycle unwise.

See more in Concept Vehicles or under Transportation. January, 2011.