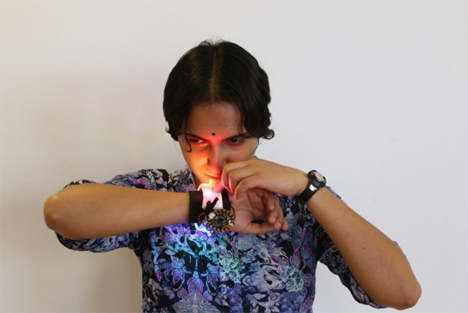 It’s said that smell is the sense most closely related to memory, and if astronauts are any indication then that saying is true. Space travelers report that Earth smells are some of the things they miss the most while they are out on missions, but a wearable device can help them connect with their home planet through customized olfactory experiences. 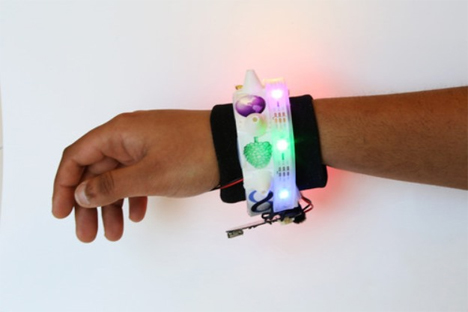 The Senti8 is a wristband with several cones and LEDs around its length. Icons next to every cone indicate what scent that cone represents. A quick burst of steam from the cone releases the aroma. The cartridges are replaceable and can be controlled via a smartphone app. The device even lets you share scents with far-away friends who also have a Senti8 by way of the app.

This fantastically offbeat device won the 2014 NASA Space Apps Challenge. In addition to the novelty factor, the Senti8 also has a practical purpose: it can be used to keep astronauts’ senses sharp while in space. The numbing of senses is a real problem for astronauts, so maybe it will take a crazy genius invention like this one to help ease at least one side effect of space travel.

See more in Futuristic or under Technology. May, 2014.