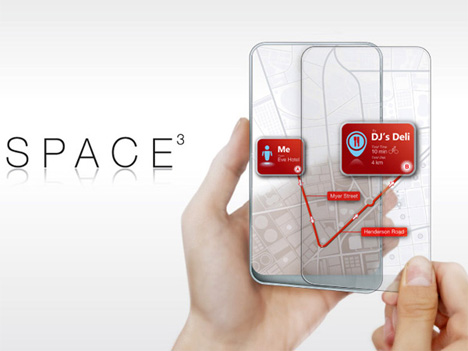 Even as mobile phones have changed dramatically in their functionality, their form has stayed mostly unchanged. They are still the small, handheld gadgets with a single screen that they have been for years. What if we moved beyond the traditional form toward a whole new shape of mobile phones? 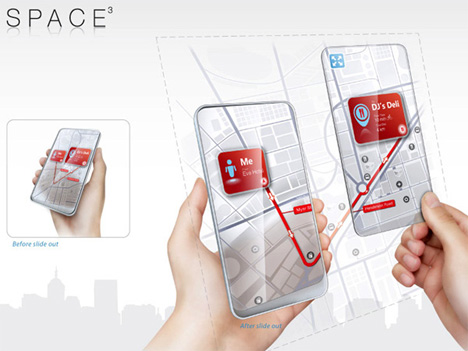 Designers Wenhing Chu & Kok Keong Wong have done that with Space³, a dual-screen mobile phone that can be separated into two parts for certain functions. The designers’ renderings focus on using the phone for navigation. 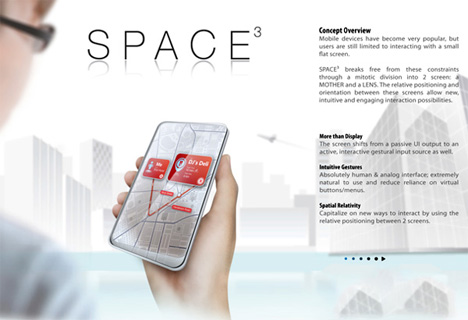 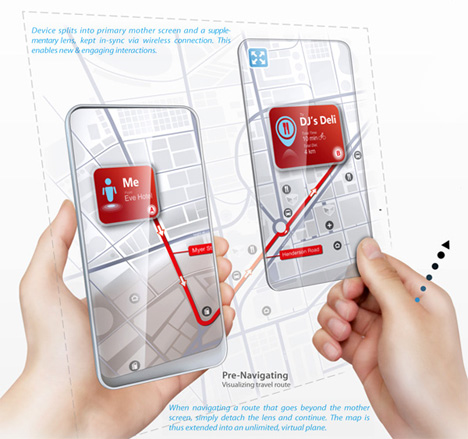 The twin transparent screens could probably be used for other applications, like viewing large photos or surfing the internet in new and novel ways. But since the Space³ is still a concept, the world may never know if we can actually handle two detachable screens on our phones.

See more in Phones & Mobile or under Gadgets. December, 2011.