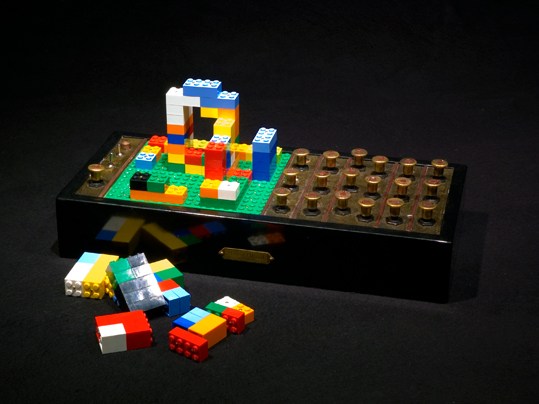 There’s no denying that Lego is a timeless toy, but when you throw in electronic music and some awesome steampunk-looking hardware, it somehow gets even better. Created by designer Yoshi Akai, this crazy sequencer uses various colors of Lego bricks to build layer upon layer of electronic sounds and beats. 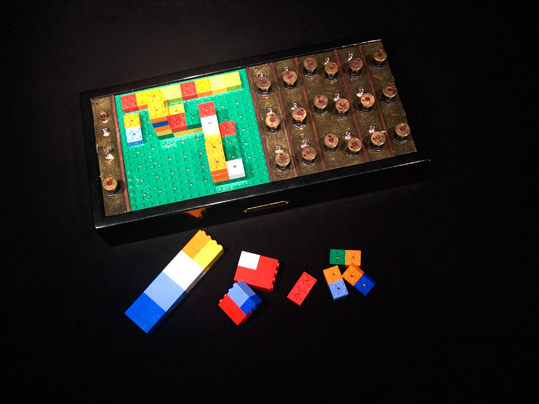 Different colors of bricks make different sounds, and the sequencer features three channels to provide a variety of mixing options. The natural instinct when you’re playing with Lego, of course, is to build structures that get taller and taller; as you build up on the sequencer platform your sounds get more complicated and layered.

In the artist’s own words, the 8-step sequencer is more about building sound than playing sound. The knobs and buttons are all decked out in fabulous steampunk style, leading to an unusually pleasing combination of colorful plastic and aged metal.

See more in Do It Yourself or under Technology. March, 2010.