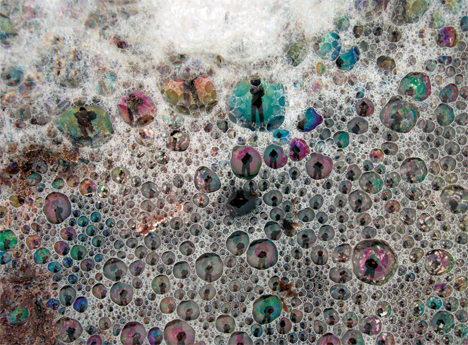 Bad news for anyone who enjoys knocking off ATMs and vending machines: a team at ETH Zurich have developed a self-defense system that would steam and foam if the machine is tampered with.

The foaming material was inspired by the bombadier beetle, a bug that sprays a boiling hot corrosive liquid at attackers when threatened. The security system works in a similar way, though it’s not quite as violent. When the material is compromised by a sharp strike or hit, a tiny barrier is broken between the its two layers. One layer contains hydrogen peroxide while the other is filled with manganese oxide. 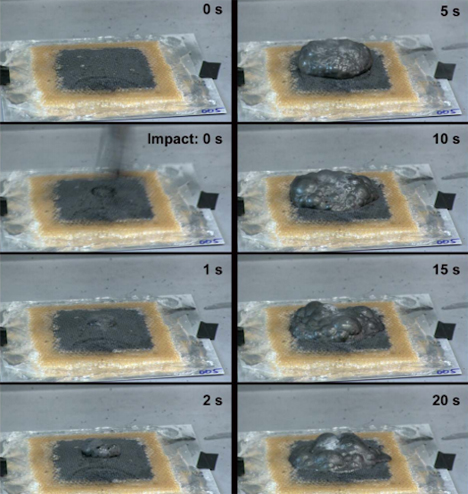 When the membrane between the layers is broken, the two chemicals combine to produce the hot, smoking foam. No electricity is required for the system, and since it is automatically triggered by some kind of trauma there is no need for the system to be monitored. The idea is that the foam would either damage the goods – in the case of an ATM, the cash – or have markers included that would mark both the perpetrators and the cash for later identification by law enforcement. The team hopes to develop the technology further so it can be used to deter pests from eating crops or be incorporated in medical implants in some way.

See more in New Materials or under Science. March, 2014.