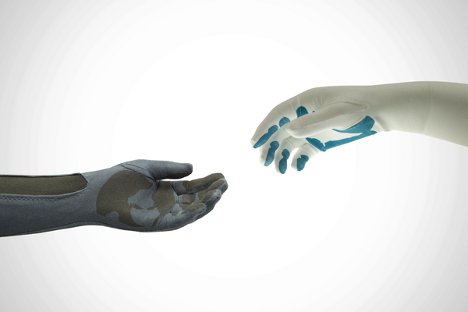 Up until recently, losing an arm meant either living without that limb forever or wearing a lifeless, unmoving substitute. Prosthetic arms have come a very long way, though – now some can move and even feel a bit. But most of the research into making prosthetics that are able to transmit touch has been concentrated on putting sensors into the false limbs themselves. The Sensitive Touch glove designed by Daniel Kamp is a whole new way to give amputees some sensation back where their missing arms used to be. 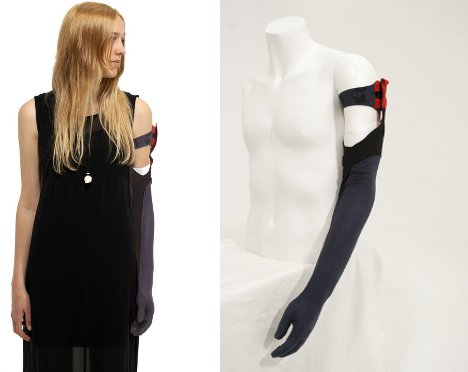 The Sensitive Touch uses a special “Intelligent Fabric” designed by start-up company Footfalls and Heartbeats. The fabric uses constant electrical currents to register pressure: any touch on the fabric interrupts the current to create an artificial feeling through the sensors hooked up to the remaining portion of the wearer’s limb. 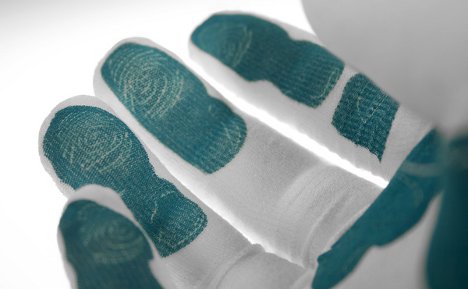 Because the glove fits over an existing prosthetic limb, it will probably cost much less than a limb with similar functionality built in. But the Sensitive Touch also allows for a good deal of customization and personalization. Even the fingerprints from the wearer’s remaining hand can be duplicated on the glove. Rather than trying to disguise the false arm, the Sensitive Touch celebrates it, encouraging wearers to feel confident.