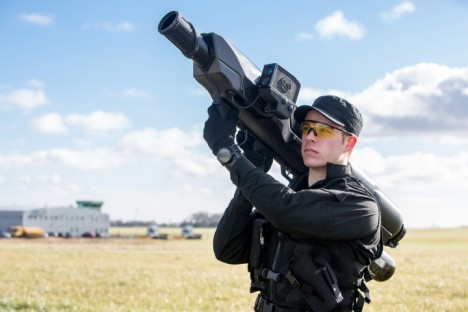 The latest addition to a growing arsenal designed to protect restricted airspace from drone incursions, this web-shooting bazooka is a surprisingly low-tech but sensible way to down a small autonomous aircraft in a hurry. 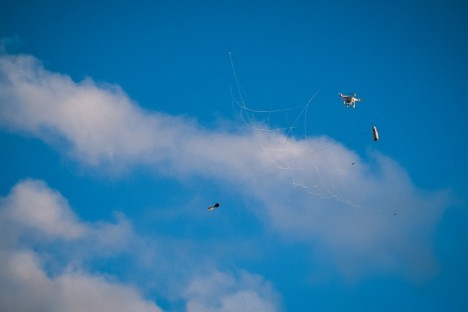 The SkyWall 100 launches a net into the air, tangling up quadcopter blades and bringing them back down to Earth. Developed by engineers in the United Kingdom, the device weighs just 22 pounds and is powered by compressed air. 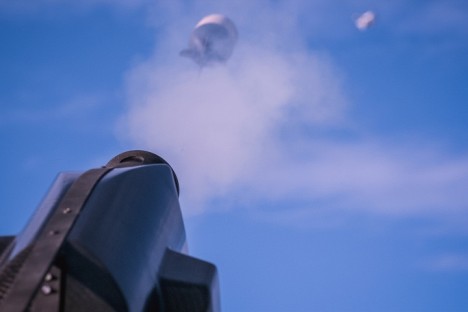 The SkyWall can fire up to 300 feet and deploy a parachute, allowing the drone to be kept relatively intact should the need arise for law enforcement officials to examine and analyze it. 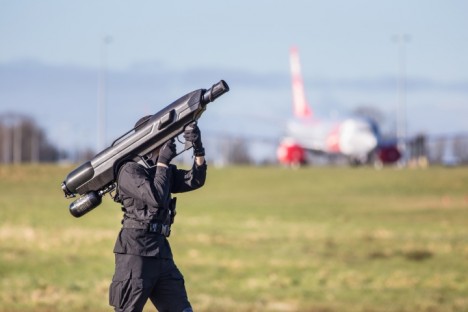 Developed by Open Works Engineering, the gadget features a smart scope that uses predictive algorithms to assist in targeting (helpful if the drone is in motion, for instance) and a quick-reload system for multiple drones. 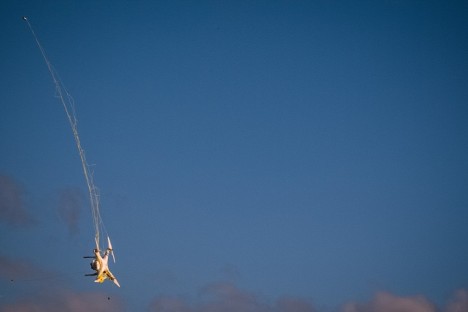 Police in Japan have started using the net-firing system, while students at Michigan Tech University have adapted the idea further, adding a similar system to a drone, allowing one drone to snag and drag another back to base.

See more in Robotics or under Technology. March, 2016.