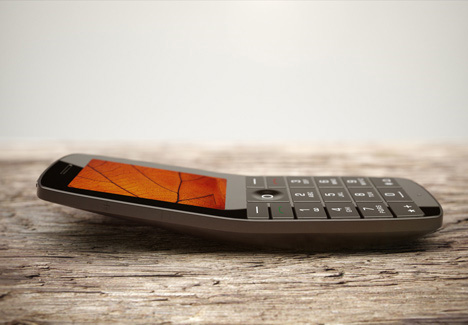 Sometimes a simple tweak to a familiar design can make the overall function so much better or easier that it’s a true wonder the “tweak” wasn’t part of the design in the first place. The Folded Leaf phone design by Swedish design firm Claesson Koivisto Rune turns the familiar cellular phone into a remarkably clever piece of gadgetry. 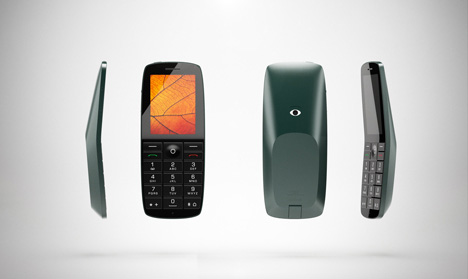 Our obsession with smart phones has led to a generation of rather uninspired, samey devices that resemble small, squished bricks. There is little variation in either shape or aesthetics. The Folded Leaf, however, veers away from the typical smartphone look and incorporates a smart “fold” that adds to both the tactile interest and the functionality of the phone. 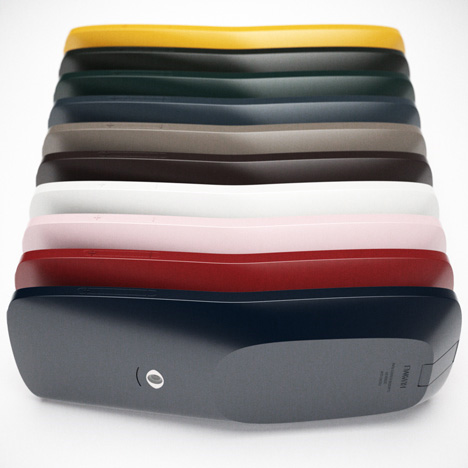 The Folded Leaf won’t order pizzas for you, start your car or any of the other ridiculous responsibilities smart phones offer. It makes and receives calls and text messages along with snapping pictures – and that’s it. The little bend in the body makes it possible to set the phone face-down without scratching up the screen or set it face-up so that you can operate it with one hand and still see the screen while it rests on a table. 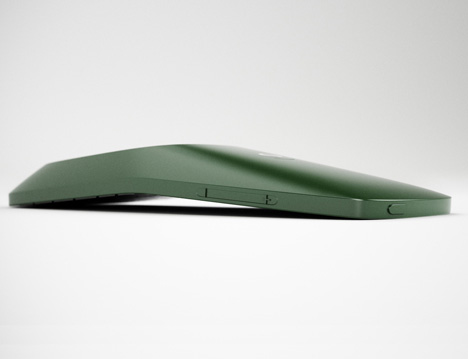 Like previous generations of phones, the Folded Leaf is curved, giving it a more intuitive feel when speaking into it and cradling it against your shoulder. Thanks to a simplified keypad, normal adult human-size hands can operate this one – again, unlike the overly-complicated smart phones. While the Folded Leaf looks like it would be plenty uncomfortable in your pocket, it might be just the solution for folks who need a cell phone but are intimidated by the usual choices.