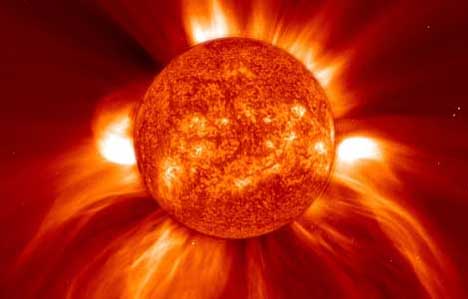 Proving that good things can indeed come in small packages, a new kind of spacecraft is soon to be set loose in a “gravitational sweet spot” between Earth and the sun, according to researchers at Cornell University in Ithaca, New York. Their 1-centimeter-square spacecraft would basically function as tiny solar panels equipped with radio antennae, and they would be used to measure space temperature and solar wind, and alert us to oncoming solar or space storms. They’ll eventually be kind of an early warning system for space conditions that can mess up your cell phone reception. 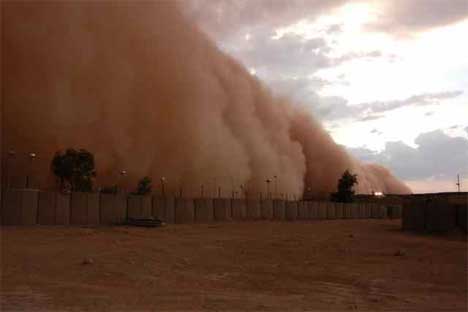 The tiny spacecraft will be deployed in “clouds” to the Lagrange point: a gravitationally-balanced spot between the Earth and the sun that allows a small object to remain stationary between the two larger bodies. Photons streaming from the sun would interact with the ridges on the itty-bitty spacecraft to keep them always turned toward the sun. The “intelligent dust” would give scientists on Earth an additional 13 minutes of warning (compared to current measurement methods) when a solar storm threatens to interfere with Earthly communications systems. The first generation of these scant spacecraft could be launched as soon as May 2010.