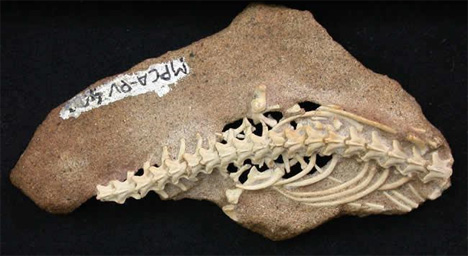 Next to the “chicken or egg” debate, the question of how snakes evolved is one of the most hotly-debated topics in animal science. Did they evolve from land-dwelling lizards or sea-swimming creatures? A fossil first unearthed a decade ago was recently x-rayed to reveal two distinct leg-bones, pointing to an intermediary step between legged lizards and legless snakes. 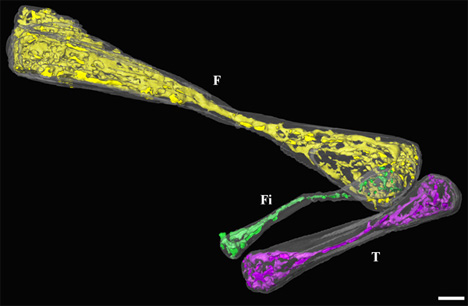 The fossil was found in 95-million-year-old rocks in Lebanon and just recently x-rayed by Alexandra Houssaye of the National Museum of Natural History in Paris. The ancient snake, Eupodophis descouens, evidently sported two legs very similar to those found on modern land-dwelling lizards. The finding suggests that snakes did indeed evolve on land, losing their legs as part of the evolutionary process.