10,000+ Subscribers
Shake it Up! Music Objects Turn Movement Into Melody 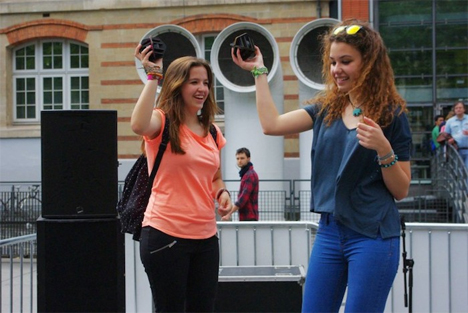 Music is meant to be shared, and that’s the idea behind the Interactive Music Battle from French design team Phonotonic. IMB is a new kind of way to make music that doesn’t require instruments or even a well-developed sense of rhythm – just enthusiasm and a willingness to move your body like a dancing maniac. 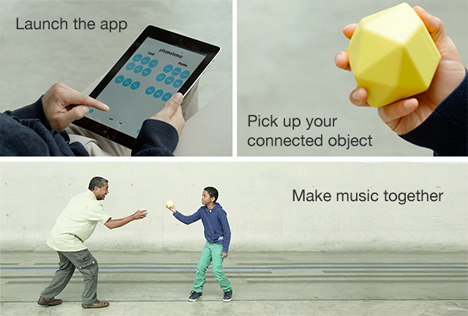 IMB consists of two connected objects and an app. One object acts as the rhythm and the other creates the melody, so the idea is for two people to team up to create lovely music together. The app lets you choose a music genre for the objects, which stay connected to the app via wi-fi and also track your movements. 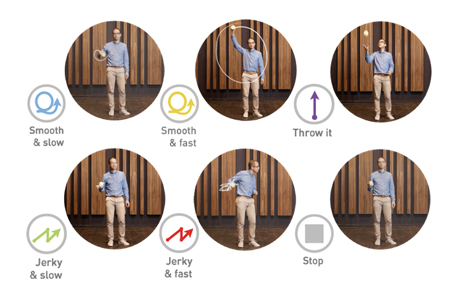 Every movement you make translates into a sound from the objects. Each type of movement creates a different type of sound, so the best music is made when players dance, spin, gyrate, and generally go nuts with the objects.

IMB was up for funding on Kickstarter but failed to meet its funding goal. Fortunately, the project has other backers and will still be produced. It won first prize at the Guthman Musical Instrument Competition, which is a testament to how crazy-fun and creative the unique music-making system is. It makes music-making accessible to everyone; although users aren’t actually producing the music on their own, playing with the IMB might be enough to encourage exploration into creating original music.

See more in Various Gizmos or under Gadgets. July, 2014.