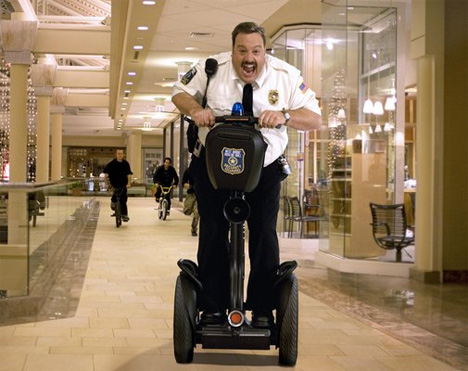 Far be it from us to say that Segways aren’t cool or that riding one makes you look really dorky…but those things are absolutely true. If you still want to get around without actually moving your legs (that’s soooo 20th century) but don’t want to look like a mall security guard, we may have found a way for you to do just that. You can thank us later.

The Cool Rider is a pretty simple gadget: it’s a motor attached to a wheel with a long handle sticking out of it. You can attach the included platform for scooter-like riding, or let it pull you along on your rollerblades or skateboard. The rechargeable battery lets you zip around for up to an hour per charge. Its top speed is only 12 miles an hour, so you won’t be able to outrun the mall cop on the Segway (which goes 12.5 mph) but you’ll definitely have him beat out in hipness points. 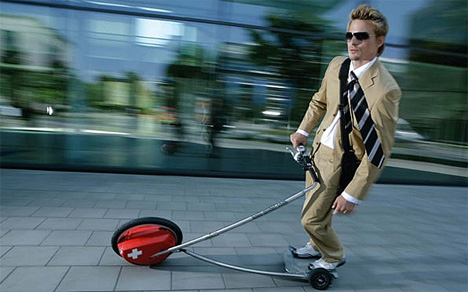 The Cool Rider also costs about 1/4 of the Segway’s price, only setting you back a cool $1250. The only danger – aside from gaining considerable mass from never walking again – is the position of the handlebar. We know low-riders are cool, but it seems to be in a position that’s just asking for trouble.

See more in Bikes & Cycles or under Transportation. December, 2009.