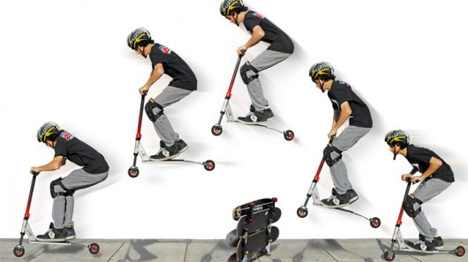 Scooters may not be as wildly popular as they were a few years ago, but they’re still cool enough for kids to be seen riding on one. The JumpX Scooter from Fuzion Scooter is a small two-wheeled thing that has something no other scooter has had before: a built-in pogo stick. 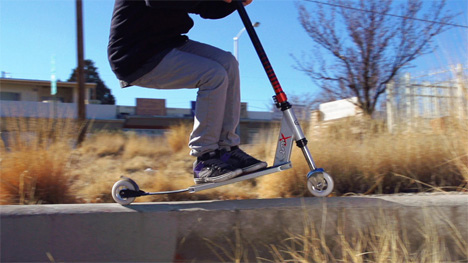 The JumpX is, simply put, a pogo stick with a scooter deck to stand on. When you’re rolling around the streets and come up to an obstacle, you can just apply some downward pressure and then pop up and sail over it. A leaf spring on the rear of the deck makes for soft landings.

Based on the video, the setup works much more smoothly than you might expect from a combination pogo stick/scooter. The jumps look easy to perform and to land, and we can’t wait to see them out on the streets. The project is raising funds on Kickstarter now, so with enough supporters the JumpX will be seen in the wild soon.

See more in Concept Vehicles or under Transportation. March, 2013.