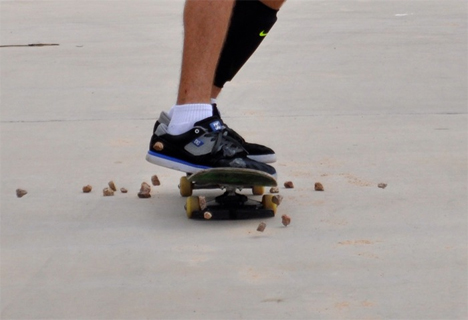 Besides wearing a helmet and protective pads and knowing what you’re doing, there aren’t many ways to make skateboarding a safer sport. It’s inherently dangerous to careen around on a little plank with wheels stuck to the bottom. But inventor Jorge Arjona has come up with a device that could eliminate one of the more serious dangers skateboarders face: rocks. 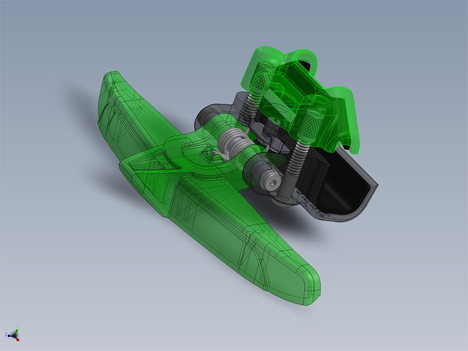 The Rockochet is a clever little plastic piece that fits on your board’s trunk. It’s kind of like the “cowcatcher” on the front of trains that moves debris out of the way so the junk won’t derail the train. But in this case, the train is a skateboard and the derailing debris is the rocks that can stop a wheel and send the rider hurtling into the air. 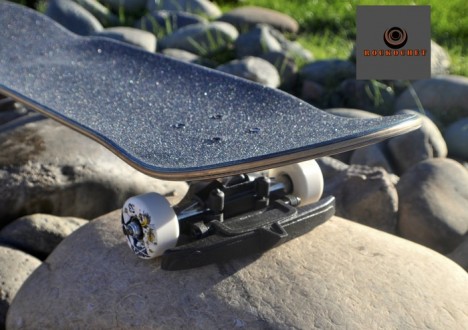 While skateboarding is a legitimate (and eco-friendly!) form of transportation, Arjona realized that a lot of skaters also like to do tricks. The Rockochet is lightweight and flexible enough that it won’t interfere with most of those tricks. Experienced skaters say it’s a great way to help beginners build their confidence on a board without worrying about the possibility of a rock wiping them out.

The Rockochet was up for funding on Kickstarter but missed its goal before the funding period was up. We don’t know what will happen to the product in the future, but on behalf of skaters and their worried parents everywhere we seriously hope this product makes it to market soon.

See more in Mods & Custom or under Transportation. December, 2014.