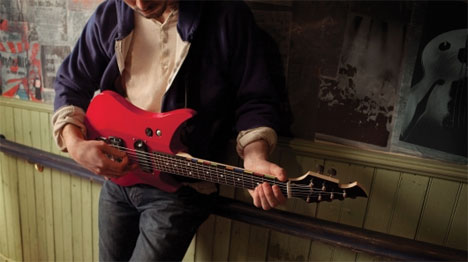 Ever since the advent of Guitar Hero and other guitar-playing video games, scores of wannabe guitarists have been mashing buttons to make electronic “music” come to life on the screen. The only problem is that, no matter how good they get in the game, those skills don’t exactly transfer to real-world guitar playing. 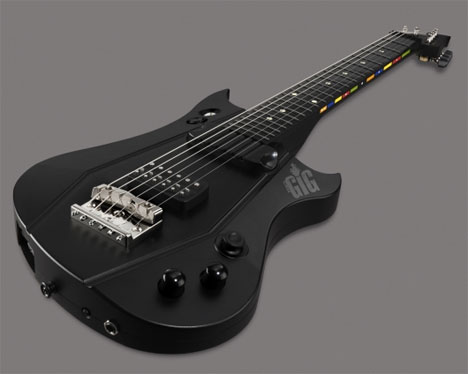 Seven45 Studios is set to change all of that with their upcoming game “Power Gig: Rise of the Six String.” The controller for the game follows the traditional six-string guitar layout, with a real pickup, frets and an external amp. Players can choose between two game modes: the beat-matching rhythm game we’ve all come to know, and a new chord-playing option. The game will incorporate power chords too, adding a new element to the experience. 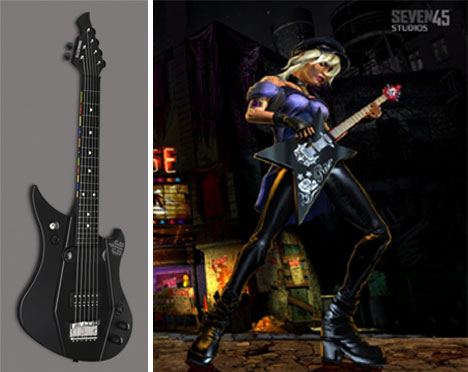 Finger placement is a factor in playing Power Gig, so when a player gets good at the game they’ll actually be able to play the songs on a real guitar as well. The realistic controller will give players a whole new level of satisfaction that comes from being able to play an instrument, while the game may actually be a valuable learning tool for people who haven’t been able to learn with any other method. The next generation of music video games is set to be released on the PS3 in Fall 2010.