10,000+ Subscribers
Robots Evolve to Lie to Each Other, Maybe Take Over World 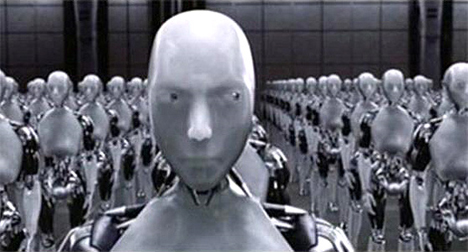 All the recent talk about zombie invasions seems to have given robots just the advantage they were waiting for. In a Swiss lab, the little buggers have been evolving rapidly. They bypassed the sweet childhood stage and moved right on to lying and trying to starve each other. The robots were the pet project of researchers at the Laboratory of Intelligent Systems in the Ecole Polytechnique FÃ©dÃ©rale of Lausanne, Switzerland. The 1,000 bots, divided into 10 groups, were each equipped with a blue light, a downward-facing sensor, and a binary “genome” that guided the bot’s reaction to stimuli. 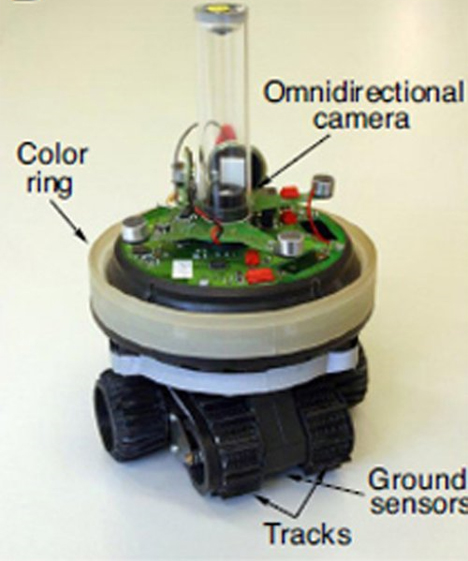 At one end of the room was a “food” source, and at the other end was a “poison” source. The first generation of robots were trained to turn on their blue light when they found the food source, thus alerting other robots to its position and allowing them to find it as well. But there were limited spaces at the food source, meaning that if a robot alerted others to the food source’s position they would lose out.Robots who performed the highest were allowed to “mate” with each other, passing on their helpful knowledge to the next generation. Within 500 generations, more than half of the robots learned to keep their lights off upon finding the food.

The fact that the robots could conceal the resource is disturbing enough, but other robots evolved the ability to look for the absence of indicator lights, meaning that they were attracted to liars because they knew they must be hiding something good. In other words, they did the exact opposite of what they were originally programmed to do. We expect bomb shelter sales to skyrocket once the word gets out that robots are evolving and about to take over the world.

See more in Robotics or under Technology. October, 2009.