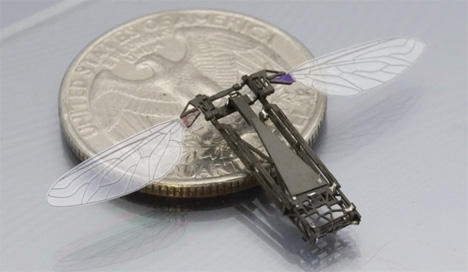 The ancient art of origami was the inspiration behind Harvard University’s new generation of flying micro-drones. The artificial bees – or “mobees,” or “robobees” – were originally created in 2009 to study Colony Collapse Disorder. The team believed that if they could create a colony of robotic bees they might be able to figure out what was causing millions of bee hives and colonies to disappear.

What the team ended up creating in the process, however, was a fascinating new way to make teeny-tiny robots. In the past, the team might have built each bee individually. But for this project, they are “printing” the small bodies onto sheets of ceramic, carbon fiber and plastic. The electronics are built into the body instead of stuffed into it after it has been built, giving the bee bodies their necessary lightness. 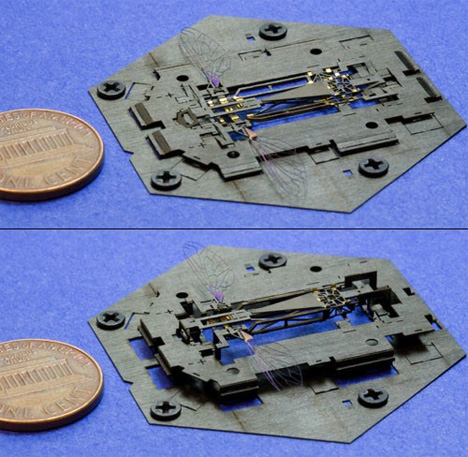 After the bodies are “printed,” parts pop up and lock into place – kind of like a children’s pop-up book. This makes the tiny robot’s body three-dimensional without increasing its size, weight or complexity. The only drawback to the current model is that the bees have to be tethered to a battery via a wire since attaching a battery to each bee would make the tiny ‘bots too heavy to fly. If anyone can figure out this dilemma, though, it’s the smarties at Harvard’s School of Engineering and Applied Sciences.

See more in Robotics or under Technology. April, 2013.