10,000+ Subscribers
Robot Retrospective: 6 Radical Bots of the Past Century 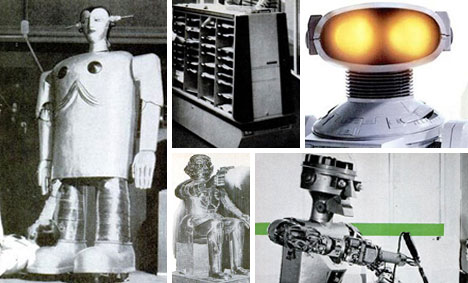 Ever since we learned how to connect wires and circuits and make simple electronic gadgets do our bidding, humans have dreamed of creating the perfect robot. Sci-fi writers imagined servants that would wash our dishes and drive us to work, while engineers desperately tried to create a bot that would just follow simple commands. Popular Science has featured the best and most interesting robots over the past century; these are 5 of the most amazing robots from their archives. 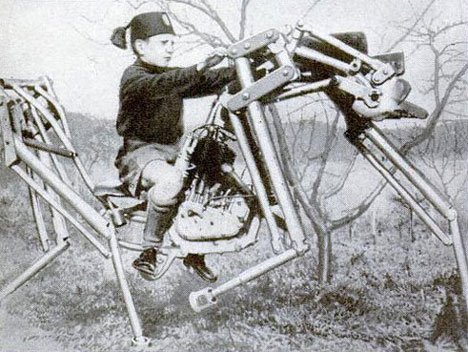 Perhaps parents in 1933 weren’t all that concerned with the safety of their children, or maybe they really believed that this gas-powered horse would keep them safe on the way to and from school. Then again, maybe parents did realize the inherent danger in giving their children a robotic vehicle and that’s why it never caught on. 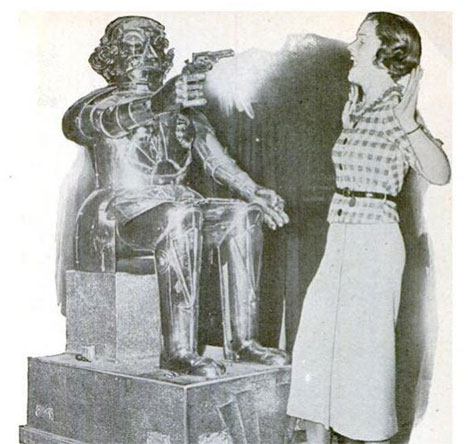 In 1935, this amazing mechanical man that could understand verbal instructions and (for some reason) shoot a cap gun was at the pinnacle of technological achievement. Unfortunately, it also had a taste for human blood and twice attacked humans in its vicinity. Clearly, this was before Asimov’s Three Laws of Robotics were introduced in 1942. 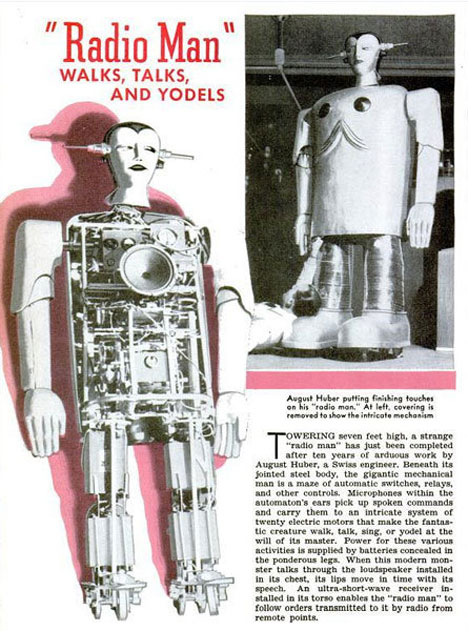 Hopefully they kept the violent shooting robot around long enough to take care of this guy: a seven-foot-tall mechanical man that yodeled. The 1939 invention from Swiss inventor August Huber followed instructions transmitted via radio waves. 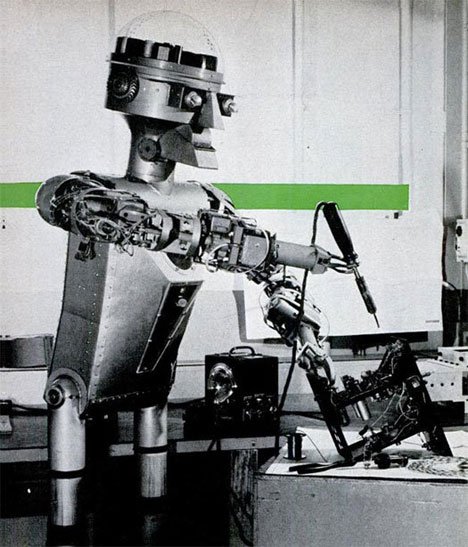 Sometime in the 1950s, robot concepts seemed to move into more practical, everyday applications. This robot, built by LA engineer Harvey Chapman in 1953, was called Garco and was intended to perform household chores. The inventor figured that subsequent generations could handle duties that were dangerous to delicate meatbag humans. 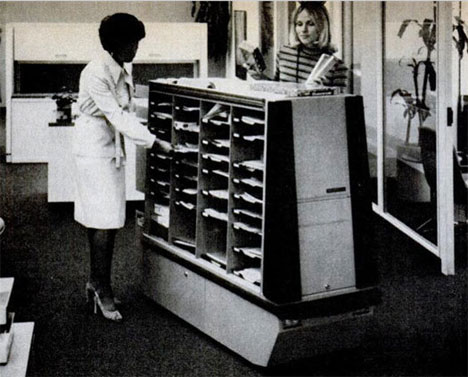 Could the 1976 Mailbot have been the inspiration for R.A.L.F in the 1986 film Flight of the Navigator? The two bots bear more than a passing resemblance. Pop Sci reported in 1976 that employees at the banks where Mailbots were used were initially terrified of the roving mail carts, but eventually accepted that the robots weren’t going to mow them down in the hallway. 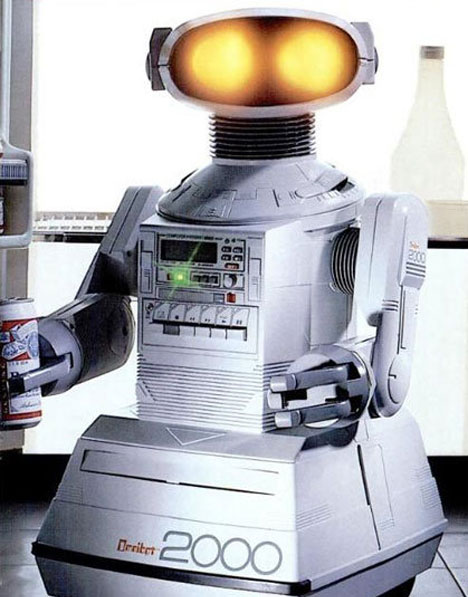 Certainly one of the cutest robots of the last century, the Omnibot 2000 was the second generation of Japanese robot butlers that could entertain party guests, serve snacks and even sing.

See more in Antique Gadgets or under Vintage & Retro. April, 2010.