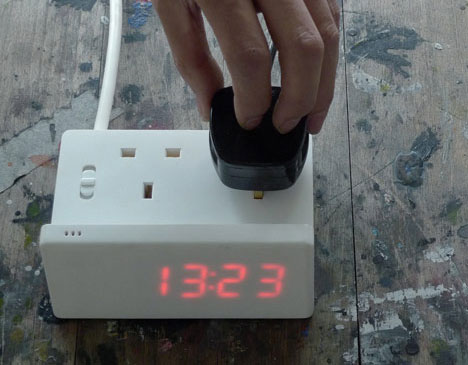 There are some people who wake up at the slightest sound, and then there are some people who can sleep through all kinds of alarm bells, buzzers, and music. Thos people might find that they’re more effectively roused from a deep slumber by the smell of fresh coffee, a cool breeze right in the face or maybe a foreign language channel blaring on the TV. The Alternative Alarm Clock, a design project by Ki Hyun Kim, could make it possible to wake up to whatever gadget you find most likely to wake you up. 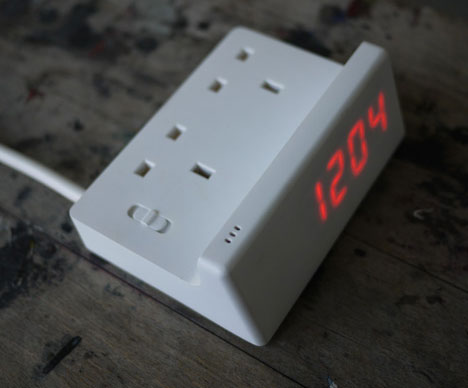 The gadget is a clock that happens to have two electrical outlets built into it. At the appropriate user-set time, it doesn’t beep annoyingly; it simply begins supplying power to the outlets. Whatever is plugged in suddenly leaps to life, hopefully encouraging the user to exit dreamland and enter the waking world. 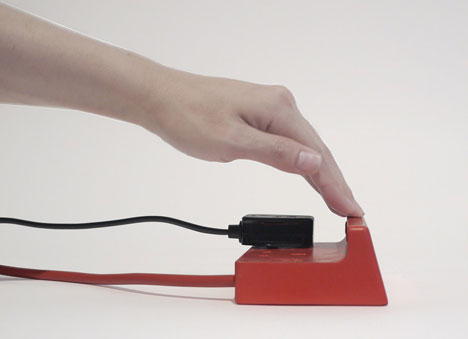 The designer hopes that stimulation of senses other than hearing will help users wake more effectively than the traditional annoying sound on its own. And because the user gets to choose which device(s) to plug into the clock, there is the possibility for a great deal of creativity. Just remember: when setting your George Foreman Grill to make you a plate of breakfast bacon, put that bad boy on the dresser, not the floor.