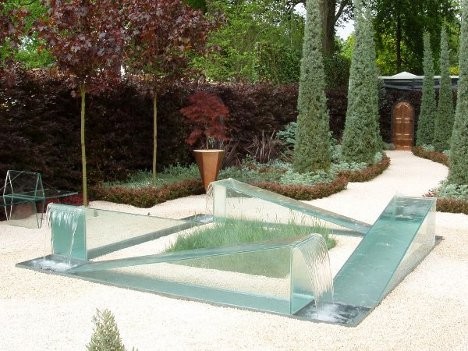 Inspired by the impossible illustrations of M.C. Escher, particularly the famous Waterfall, inventor and entrepreneur James Dyson created this remarkable fountain that appears to defy the laws of nature. 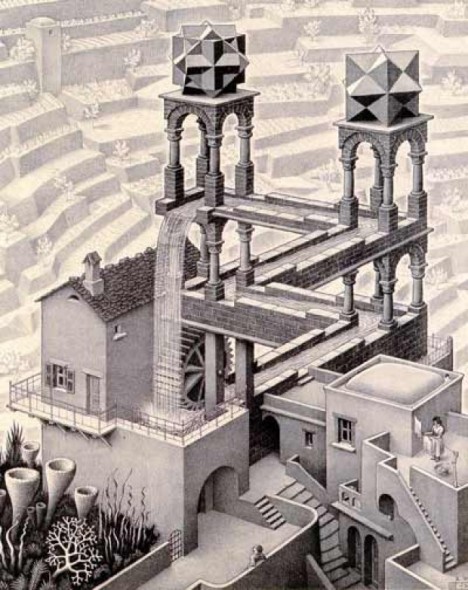 To the observer, it looks like the water is making its way up each triangular segment, then spilling off into the corners below, and the illusion is hard to shake even once you know how it works. 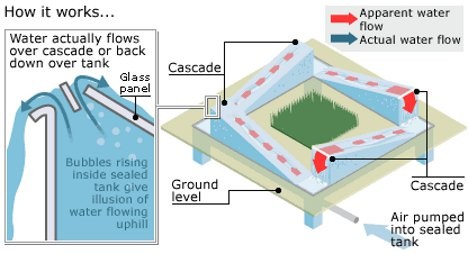 Essentially, water is being pushed out of the top thanks to pumps below, then flowing back down both off the edges and along the backs of the triangles. Because the eye sees the waterfall at the end, and due to bubbles observed within the tanks, the brain infers the flow of the triangle-top liquid to be in the same direction. 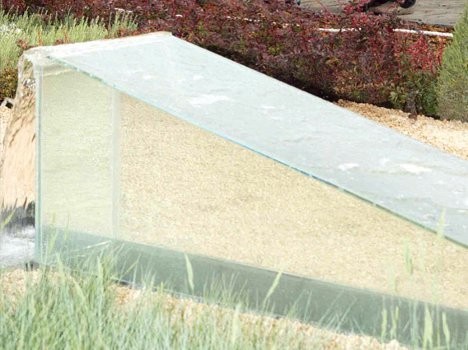 Called the Wrong Garden, Dyson created this masterpiece for the a flower show hosted by the Royal Horticultural Society. Set flush with the ground, one would never guess at a glance that a hidden mechanism is driving the entire trick from below the surface of the landscape.

See more in Weird Science or under Science. June, 2015.