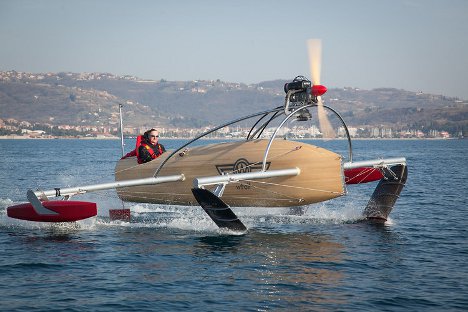 Looking like a cross between a WWI fighter plane and a retro speedster car, this boat can speed across the water at up to 90 miles per hour. But it’s not all about looks – this sexy machine called the wFoil Albatross also boasts a breakthrough in hydrofoil technology that allows it to glide across the water at incredible speeds with unprecedented stability. 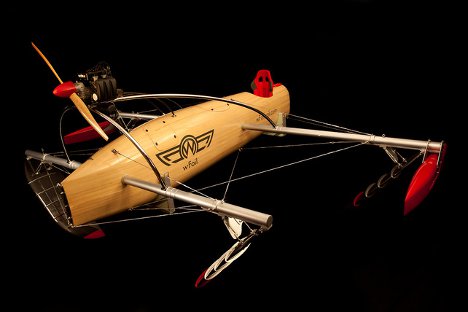 Hydrofoils have been used extensively for speed boats for many years already, but they always suffered from the problem of cavitation. When hydrofoils skim across the water, they create an area of lower pressure on top and higher pressure below – just like how an airplane wing works. But cavitation causes bubbles in the low pressure area, which causes instability and unpredictable handling. 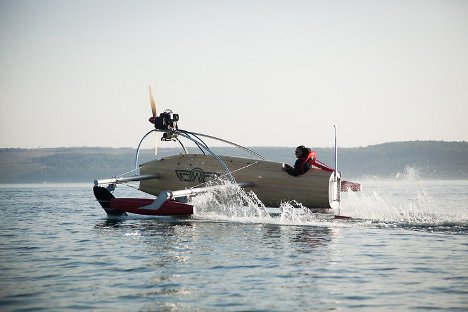 Tomaž Zore, the creator of the wFoil 18 Albatross, says that he has figured out a way to solve the cavitation problem. Because Zore and his team are still developing the boat on a shoestring budget, he is reluctant to share the specifics of his revolution. But judging from the demonstration video, the advance seems to be a solid one.

The wFoil runs on a small detachable propeller motor or on a sail, and it can go just as fast with either. Riders can switch between motor and sail in around 10 minutes. The project will make its way to Kickstarter soon, where anyone can get a piece of the sweet hydrofoil action.

See more in Concept Vehicles or under Transportation. September, 2012.