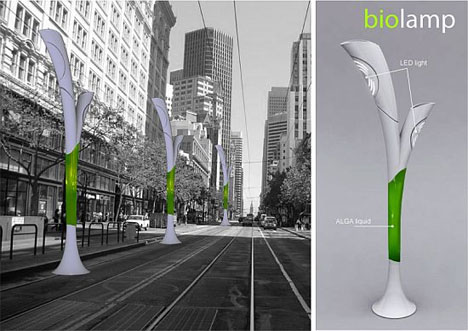 Plenty of ideas are proposed every year for reducing urban smog. There are even concepts out there for scrubbing the existing smog out of the air. But this concept would actually put urban smog to good use powering eco-friendly biomass-fueled cars. 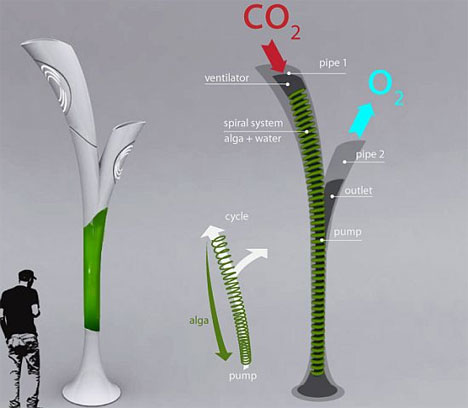 The Biolamp design, from Hungarian designer Peter Horvath, is basically a chamber containing water and algae. The algae eats the CO2 from the environment, which is sucked into the chamber and circulated to the algae by a pump. According to the designer, the algae becomes saturated with CO2 at which point it becomes biomass that is pushed through underground tubes to a nearby filler station. The chamber inside the street lamp is refilled with more algae and water to start the process again. 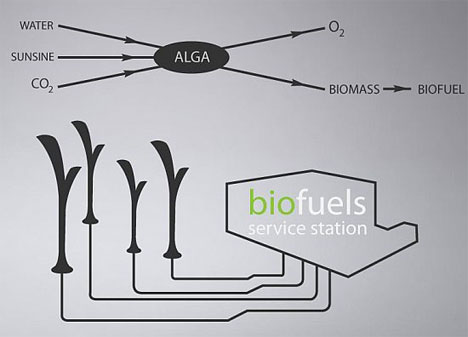 Eco cars which run on biomass can fuel up at these filler stations, which essentially means that clean energy cars will be fueled by smog-producing gasoline-powered ones. Although the concept seems a bit shaky, using biomass and existing pollution to power our world is an intriguing idea that definitely deserves exploration.