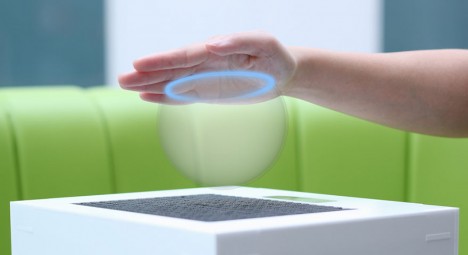 The company behind a multi-point, midair haptic feedback system using ultrasound to add sensation to holographic representation has just received a round of seed funding toward further development of their futuristic responsive interface design.

Like something straight out of Star Trek (or Iron Man or Minority Report), the ‘haptic holograms’ of UltraHaptics use sound waves to create highly-localized pressure on the skin, which, coupled with a visual display, gives physical feedback and resistance. 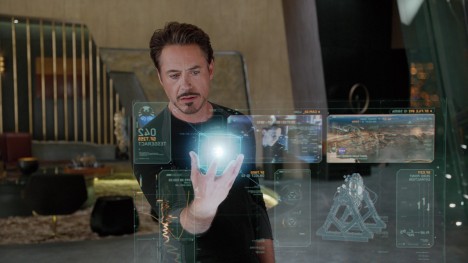 In principle, we are already used to ‘feeling’ sound when it comes through loud speakers at a concert or movie, but this represents a much more focused version of that same phenomena, applied to virtual and augmented reality.

Potential applications abound, from immersive gaming to interactive virtual medical examinations – haptic feedback is also only one side of the equation: picture a holographic controller that responds to your movements as well as resisting them in realtime, letting you know the action has been acknowledged. New funding will help the company pursue further prototypes, improving precision and computing power along the way.

More on how it works: “Professor Sriram Subramanian, who co-developed the haptic technology at the University of Bristol’s Computer Science Department, explained that their device applies the principles of acoustic radiation force, whereby sound waves produce forces on the skin which are strong enough to generate tactile sensations. One of the advantages of having a touchless system is that the interaction comes to you; instead of going and touching the light switch, you just wave your hand and the light comes on. And this is going to be ubiquitous, and as it becomes ubiquitous people are going to need this kind of tactile feedback.”

See more in Futuristic or under Technology. April, 2015.