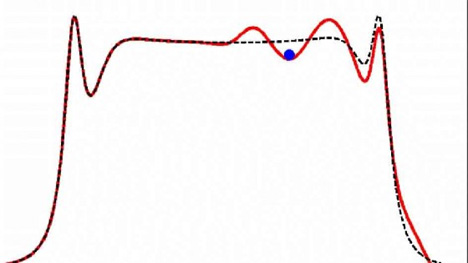 Sciencey types predicted the possibilities of quantum computers long before we even started to develop the technology to make those computers work. But it seems like nearly every month there is another awesome step toward bringing the super-powered computers to life. Most recently, a group of researchers at Cambridge University in the UK were able to play a high-tech game of ping pong with a single electron, which is somehow really important to quantum computing. Basically, an electron carrying a current along a wire normally takes a complex route from one end to the other, usually “forgetting” its information along the way. In science jargon it’s called the quantum state losing coherence. 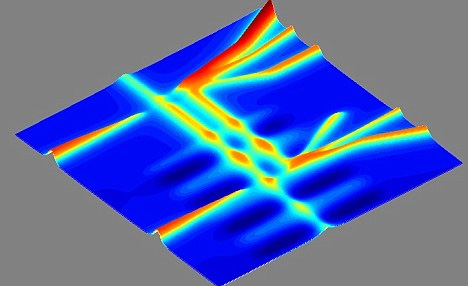 The group at Cambridge caught an electron in a “quantum dot,” or a tiny hole in a piece of Gallium Arsenide. Then they created a channel that is higher in energy than surrounding electrons and placed a second, empty, “quantum dot” at the other end. A super-short burst of sound creates an acoustic wave that carries the electron from on quantum dot, along the channel and directly to the second quantum dot. The process works in reverse as well, and the researchers were able to hit the electron back and forth over 60 times in a row. Although it’s early days for the research, this could be a new and highly effective way to move information around in a quantum computer.

See more in Quantum Leaps or under Science. September, 2011.