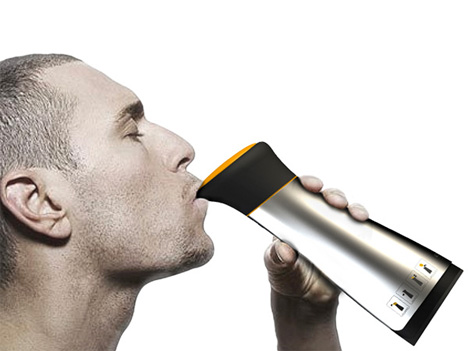 The desalination of water is a very common practice; so common that it has reached the average consumer. Designers Younsun Kim, Kangkyung Lee, Byungsoo Kim and Minji Kim might just have their new invention, a desalination water bottle they call Puri, become a household item. 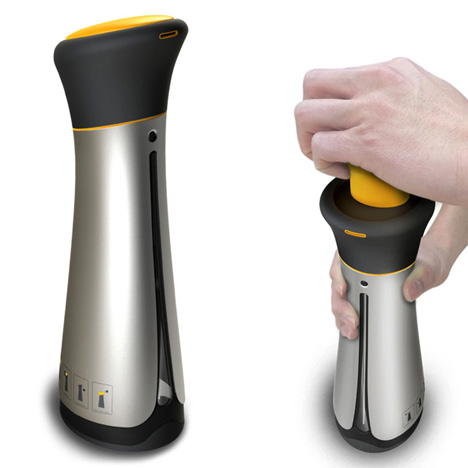 The technology is relatively simple. If enough pressure is added to the chamber, the water is desalinated by reverse osmosis (that term you always see on bottled water.) And the benefits are numerous; previous desalination methods such as evaporation or ion exchange work but are extremely inefficient if a stranded-at-sea scenario transpires.

The melodramatic video for the Puri certainly makes sure the message hits home. Working like a PSA, it rather successfully expounds the dangers of being stranded at sea by using dramatic music and harrowing visuals. But its practicality is best expressed in a picture of a standard circular life preserver with two Puris attached to the middle.

See more in Industrial Design or under Technology. August, 2013.